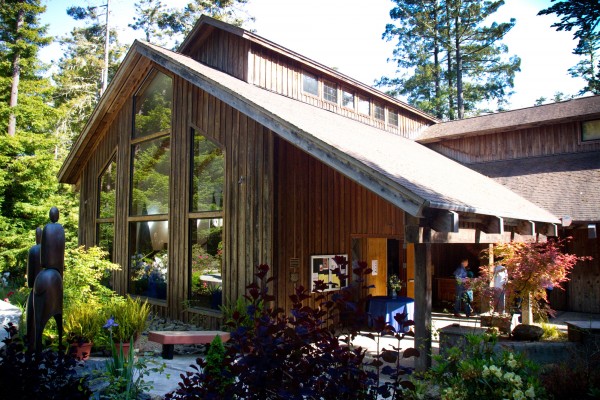 This multi-million dollar cultural facility in the little community of Gualala on the Northern California coast is home to art exhibitions, performing arts and community events of Mendocino and Sonoma counties.

Currently the Arts Center building is closed to the public. The Sculpture Garden is open Friday, Saturday and Sunday from 12 Noon to 4 pm.

Please see the current calendar of events or call (707) 884-1138 for information about exhibits, musical and theatrical events and classes.

To become a member of Gualala Arts Click here

Gualala Arts – Growing with its Community

Since 1961, Gualala Arts has served Sonoma and Mendocino County coastal residents and visitors with year-round programs of art, music, theater and education. With a budget around $700,000, Gualala Arts operates with 12 members on the board of directors, an executive director and management team including: events, office, operations, project and publicity.  Gualala Arts is also supported  hundreds of dedicated volunteers.

Gualala was vastly different in the early 1950s. The Gualala Hotel was the only place to stay and eat in this little lumber town. There were no motels, gas stations, or supermarkets. There were four sawmills, a general store, four bars and about 300 people. There were no art galleries.

After the sawmills closed in the 1960s, people drawn by the natural beauty of the area began to settle here, many of them creative, imaginative and artistic. They opened art galleries and staged musicals, plays and other artistic events. Gualala, and these people, attracted other creative and artistic people. Gualala became recognized as a center for individuals who enjoy many forms of the arts.

In 1961, Gualala Arts was formed to create the first Art in the Redwoods Festival.  In 1965 Gualala Arts became a non-profit organization. Since then, it has become a vibrant and active arts association supporting a variety of programs for both residents and visitors to the area.

Gualala Arts regularly holds art exhibits and gallery shows both at the Dolphin Gallery and at the Gualala Arts Center. On the second weekend in August each year, we present one of the most prestigious art exhibitions in northern California – the Art in the Redwoods Festival.

We give scholarships to local high school seniors each year, and provide concerts, plays, and art classes within the public schools, using our abilities to fill in where public school funding is limited.

The gallery and store are open Thursday through Monday (closed Tuesday and Wednesday), with regular hours of 11 am to 4 pm. Monthly exhibit opening receptions are on the first night of the exhibit from 5 to 7 pm.

The Dolphin, staffed entirely by volunteers, features art and fine crafts by local artists and those in the extended coastal communities of Sonoma and Mendocino Counties. These artist frequently serve as volunteers at the gallery. The inventory changes regularly, and each month the Gallery presents exhibits of work by local artists who are members of Gualala Arts. Visitors to Gualala return to the Dolphin time after time to enjoy the shopping experience and see the new exhibits. 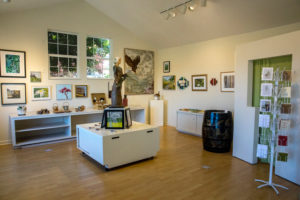 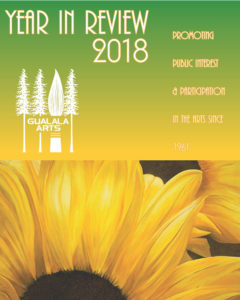 What others are saying about Gualala Arts

Art in the Redwoods: A local tradition that continues to grow and nurture the community of Gualala
Mendocino Traveler’s Guide
Spring-Summer, 2014 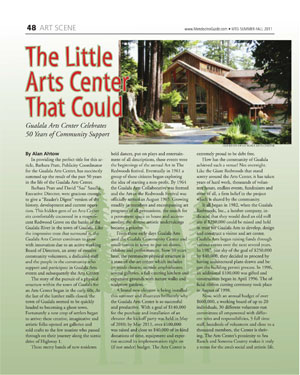 The Little Arts Center That Could
Mendocino Traveler’s Guide
Summer-Fall, 2011 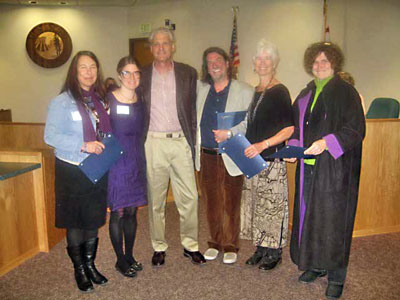 Gualala Arts receives an Art Champion Award
presented by the Mendocino County Board of Supervisors.
October, 2012