The 2021 Salon and Salon des Refusés

A New Exhibit at Gualala Arts

Following an open call to artists, the show’s curator, Bruce Jones and other volunteers set about preparing the art for the judges to consider, and then proceeded to set each gallery with the paintings, drawings, ceramics, jewelry, sculpture, fabric and more. Always a difficult task given the quality of the work entered in this annual event, the judges will weigh-in with their selections. 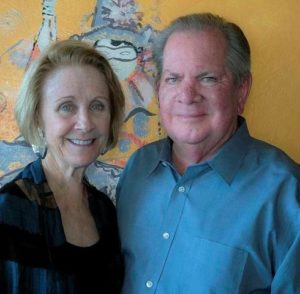 This year’s judges are April and Ron Dammann, and happily they are not new to the challenge of judging fine art in our community. They applied their lifelong involvement in the arts as judges at Art in the Redwoods in 2013 and in the 2017 Salon. Their lives have been informed by art as both collectors and scholars.

Watch a video of April and Ron Dammann talk about art and the Salon and Salon des Refusés.

April Dammann, with degrees in French literature from UCLA, the University of Rochester and the Sorbonne, is an art historian and art gallery archivist who has written four biographical art histories. She developed a career in screenwriting and theatrical production during her years in Hollywood, where she and Ron lived in a home/art gallery that was designated an historic cultural monument.

Ron Dammann earned a B.A. in art history/anthropology at the University of Arizona and is a third generation art dealer. His family operated the Stendahl Galleries of Art for over a century. His experience restoring, selling and appraising painting and sculpture increased the prestige of the historic gallery and led to his role as president. He was also president of the Art Dealers Association of California for three terms and headed the Los Angeles Ethnic Arts Council, where he brought increased attention to his specialty: Pre-Columbian art of Mexico and Central America. 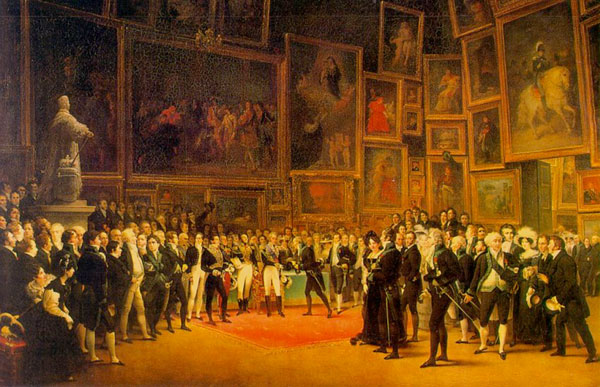 The Gualala Salon and Salon des Refusés has earned a reputation as the top judged and juried fine art exhibit on the Mendonoma coast. Organized and curated by the North Coast Artists Guild, the exhibit is held annually at the Gualala Arts Center and will fill three large gallery spaces.

The judges decide which artwork will be accepted and shown in the Burnett Gallery. Work not juried into the Salon by the judges is displayed in the Salon des Refusés, located in the Elaine Jacob Foyer and Coleman Hall. Thus, all artwork submitted into the show is exhibited. Which artists have been selected into the Salon is a tightly held secret until the opening.

There is no theme for artwork entered in the Gualala Salon & Salon des Refuses, but the show’s concept is based on the original Paris Salon des Refusés exhibition, which took place in Paris in 1863, showing works that had been rejected by the official Paris Salon judges. These judges represented the French Academy and were advocates of a traditional, orthodox style of painting and sculpture. In 1863, they rejected almost 3,000 pieces of work, including many now considered masterpieces such as Manet’s Le Dejeuner sur l’Herbe and Whistler’s Symphony in White, No. 1. The resulting furor led Emperor Napoleon Ill to mandate that a second exhibition (dubbed the “Salon des Refusés”) be organized, so that the public might judge the merits of the artwork themselves.

Many artists save their best new art for this exhibit, which showcases outstanding visual art without regard to type of media. The award prizes are the largest offered on the coast.

Exhibit Statement: The Gualala Salon exhibit will be a juried and judged fine art show and will be shown online and in person. The purpose of this exhibit is to showcase outstanding visual art and artists without regard to the type of media.