The Dolphin Gallery and Gift Shop

A New Exhibit at the Dolphin Gallery Featuring the works of

The Dolphin Gallery and Gift Shop presents two artists and longtime residents this month, Mike and Jennie Henderson. The exhibit, “Textiles, Drawing and Clay, opens Saturday, October 3, from 11:00 a.m. to 7:00 p.m. at the new Dolphin Gallery in Cypress Village, Gualala. The show will continue through November 30. 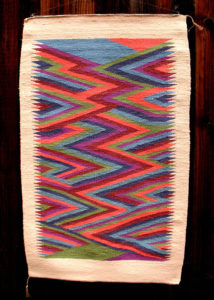 Local residents since 1977, Mike Henderson (drawings and clay) and Jennie Henderson (textiles) will be showing a wide sampling of the art they have created in their three-studio home in Point Arena.  While this will be Jennie Henderson’s fourth Dolphin exhibit, it will be the Henderson’s second Dolphin showing together since 2014.

In their October/November show, Jennie Henderson will feature a breadth of textile arts including hand-spun, hand-woven rugs and throws along with ice-dyed napkin sets, dishtowels, and silk scarves. And for the first time, she will be showing large, “transparent weave” pieces.

Michael Henderson will be showing several new works from his drawing studio that combine abstraction and realism in a developing “Sticks and Stones” series, along with a few of his favorites, and a few oldies from his collection that have never been shown. There will be pottery pieces as well, both black fired and pit-fired ceramics in several sizes.

This year many area artists missed the dynamic of the annual Studio Discovery Tour, which brought visitors into the artists’ studios and homes. Mike Henderson added “Since we truly missed our Studio Discovery Tour loyal visitors, Jennie and I hope that they will visit the Dolphin Gallery exhibit and see ‘the real stuff’.”

“When we first met, I was living in Murphy Dorm, a converted hospital where Mike was born. I was studying political science and was a teacher’s aide for the ceramics department and for artist Ernest Lacy. I completed my post-graduate work and earned a teaching credential. I taught 7th-grade art and science.

Mike was studying general sciences at Rio Hondo Community College. He took a class in ceramics there. He transferred to Whittier College to study philosophy and religion.

We met through mutual friends and soon got married. I began working full time as a teacher in nearby El Monte while Mike completed his graduate degree in Counseling.”

And a little more…. 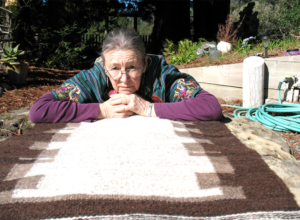 “Jennie made and sold pottery, especially to members of the Los Angeles Cactus and Succulent Society. I sold a few small drawings at a local venue in town. I also worked in an art framing shop at no pay where the proprietor and I talked philosophy while he taught me how to frame. Later I got interested in silver smithing and sold several pieces to friends and relatives. I wasn’t big on ceramics at that time except for a sculpture or two.”

“The bustle of the Los Angeles area, the smog and traffic jams, wore on us, and we spent our spare time out in the southern California deserts where my grandparents had a cabin in Joshua Tree and Jennie’s family had a park trailer near the Salton Sea.” 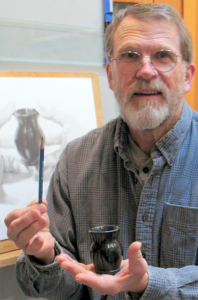 “We were hearing the call of the wild when Jennie’s family purchased the campground at Anchor Bay and they needed someone to run it. Both of us being products of the 60’s saw the opportunity to get closer to nature and escape the stresses of city life. We didn’t know then that the decision would take us through the next 26 years.”

​”During our Anchor Bay days, Jennie launched into textiles. A trip to New Zealand to visit family friends on a sheep farm opened her creative flood gates that have continued to flow these past 30-plus years. She bought raw fleeces, carded and spun her own yarn, dyed with natural dyes, knitted or wove original works, showed her creations at galleries and art shows, and sold her work in shops, festivals, or out the back door. She simply skipped the hobby-level sampler projects and dove into production mode as much as a single human could with a 24/7 job. She was (and still is) outgoing and enthusiastic about textiles and joined in with other interested locals.”