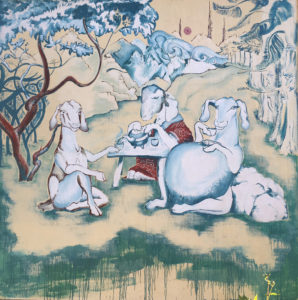 With the Winter Solstice the sun begins its trajectory back into the heights of the sky, and all of nature responds to it’s movement. Within us, the light of Yang is once again reborn as a fragile flame – with the potential to grow into a strong and full source of energy for our activity in the coming year.

How does this mystery happen, and how can we nourish that fragile flame so that it expands into it’s full potential?

We will look at the energetic significance of the solstice, from the perspective of the cycle of the whole year. And we will explore an ancient meditation for nurturing the new light that is generating.

No previous experience or knowledge is needed. Part of the Global Harmony Arts series at Gualala Arts Center

Karl has been living on the Mendonoma coast since 2001.