Fire and Romance: An Evening of Classical Guitar

Concert only tickets are $20 in advance, plus $5 day of performance. 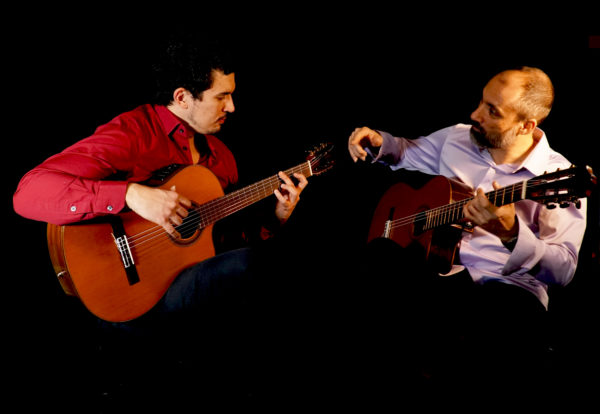 Enjoy an evening of eclectic guitar in a repertoire ranging from contemporary jazz and world music to traditional classical guitar repertoire with the Petar & Daniel Guitar Duo.

Performances by Daniel Duarte and Petar Jankovic include original works for the formation, as well as arrangements specially designed for the duo. Petar & Daniel Guitar Duo’s repertoire aims to reach not only traditional audiences, but to bring guitar music to the general public, who may be unfamiliar with the instrument’s repertoire and techniques. Petar and Daniel have fused their native Serbian and Brazilian cultural heritages and combined their guitar skills to accomplish this goal. 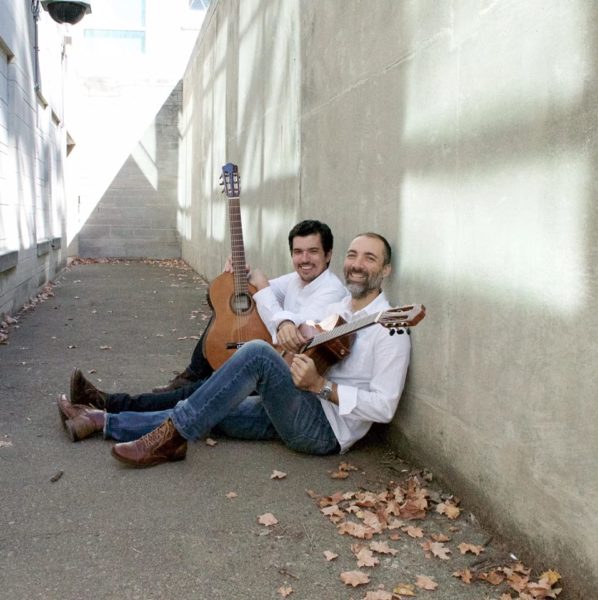 Daniel Duarte is adjunct lecturer in guitar at the Indiana University Jacobs School of Music.

He is an active performer, arranger, conductor, and lecturer who has won several guitar and chamber music competitions in his native Brazil as well as in Europe and the United States. His academic and artistic recognitions include the Presser Foundation outstanding graduate music student award that supported his dissertation research and the Joan C. Edwards Distinguished Professor of Arts by Marshall University, among others. 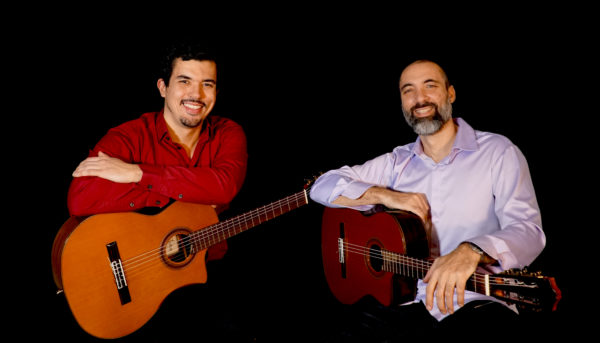 At Indiana University, he directs the Guitar Ensemble, formed by undergraduate and graduate students, which performs fundamental repertoire related to the classical guitar tradition and various other styles while featuring original works for guitar ensemble and unique arrangements that aim to expose practical elements of music performance that often appear in the traditional guitar repertoire. Duarte also teaches general education lectures that cover broad historical subjects related to music and the guitar.

At the Jacobs School of Music, he has also collaborated as director of ensembles of the Latin American Music Center.

Petar Jankovic began his guitar studies at age 8 in Serbia where he later earned a degree in classical guitar from the renowned Music Academy in Belgrade. While in Serbia, he became a two-time gold medal, silver medal, and two-time bronze medal winner at the National Music Competition. At age 16, he delivered his first professional performance, and by age 20, the Community College in Belgrade invited the young, talented Jankovic to share his expertise with beginning classical guitar students.  This marked the beginning of a distinguished teaching career that has developed alongside his successful performing career. 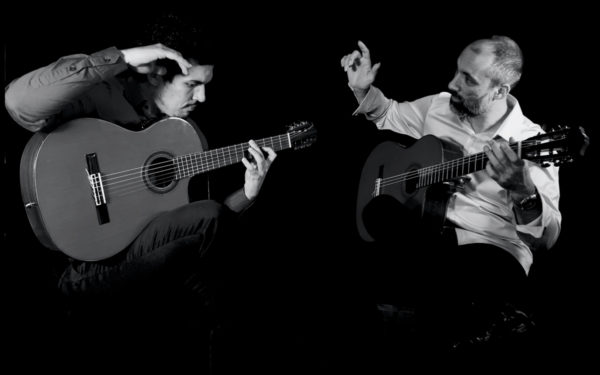 He went on to earn a masters degree from the Indiana University School of Music, and in the mid-90s, the I.U. Jacobs School of Music invited Jankovic to pursue the esteemed Artist Diploma Degree under the guidance of Maestro Ernesto Bitetti.  Still dedicated to sharing his talent through both performing and teaching, Jankovic developed a guitar program at Franklin College of Indiana in 1997 and taught at University of Indianapolis Music Department from 1999-2006. At present, he lives in Indiana and is a professor at Indiana University Jacobs School of Music in Bloomington, IN.