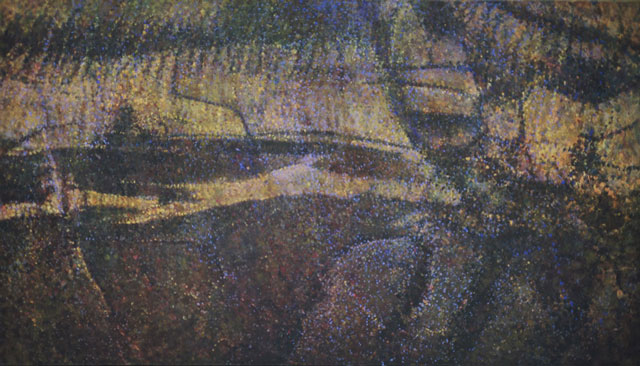 The soul of my work is abstraction from nature. Rocks found under flowing river waters inspired this series of paintings. Scaling up their size on canvas allows me to express their uniquely mesmerizing designs and vibrant colors through a pointillist technique. Centuries old, my subjects are remnants of glaciers, found on trips to coastal rain forest streams.

In addition to painting landscapes, seascapes, and objects of nature, I participate in them as a home winemaker, avid fly fisherman and consummate environmentalist. From my small intimate paintings to my large-scale canvases and murals, I seek to involve the viewer with my respect and passion for the spectrum of nature. 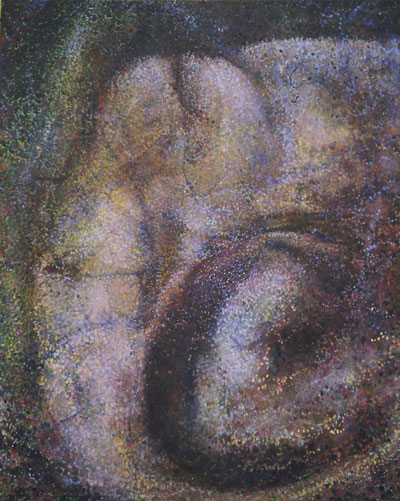 Robert Minuzzo was born in San Francisco, California on February 28, 1956. As a child Robert learned to draw from his mother while his father shared his love of the California wilderness with his young son. Growing up across the street from Golden Gate Park accelerated his awareness of nature. By high school Robert’s artistic talent won him the opportunity to paint a mural on his auditorium entrance at Lowell High and members of its faculty became his first collectors.

Robert began his higher education in pre-med at City College in San Francisco. Using his draftsmanship skills in anatomy class helped him memorize human body structure. An art professor there recommended he apply to Art Center College of Design in Pasadena, California. After his acceptance he declared a major in illustration; but by his second year Robert’s natural gift for painting was heavily encouraged by his instructors. He emerged from Art Center in 1980 as an artist, or more precisely a painter.

Robert returned to Northern California and began capturing the spectacular beauty of its landscapes on paper and canvas. With influences from the work of de Kooning, Pollock and Diebenkorn, he has created his own unique style: often an impressionist, sometimes a more abstract expressionist but always using his command of the spectrum. Robert’s work confirms his internalized sensitivity to nature’s perfect designs and infinite color. 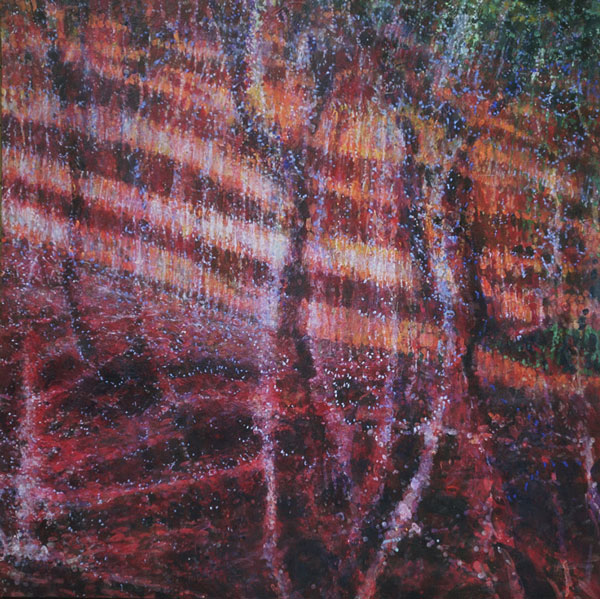