The June 2015 exhibit at the Dolphin Gallery features ceramicist and mixed media artist Jan Maria Chiappa and photographer Sharon Nickodem. The opening night reception is on Saturday, June 6 from 5:00 p.m. to 7:00 p.m. and the show runs through Tuesday, June 30. 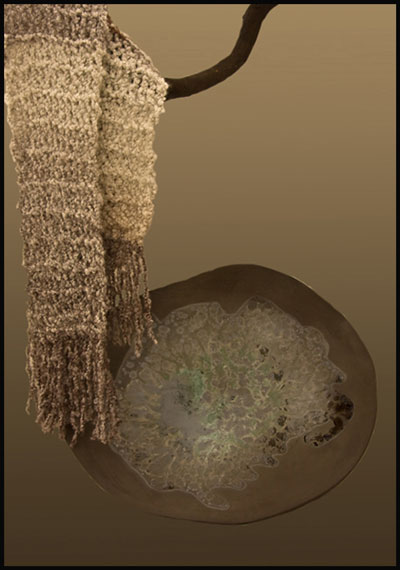 A local artist working in her studio on Fish Rock Road, Jan Maria often exhibits work at the Gualala Art Center. This is her first show at the Dolphin Gallery, although her work has been seen in the gallery for many years. She works in clay, textiles, painting, drawing and mixed media. Jan Maria has also shown her work for many years at local fairs, the Fine Arts Fair, Art in the Redwoods and Festival of Trees. She participates in the Studio Discovery Tour every year.

Jan Maria holds a BFA. Her formal studies include time at the Chicago Art Institute and Rutgers University. She was co-founder and co-curator of the first women’s art gallery on the West Coast, The First Majority, in Berkeley, California.

She currently teaches an “Open Clay Studio” at her studio on Fish Rock Road. Jan Maria has done graduate work at the Graduate Theological Union in Berkeley where she received a Master’s Degree; her focus there was Scripture and Ethics. Her belief is that the stories we tell of our past and present form who we are and how we live in relation to ourselves others and our world. This belief informs her work.

Jan Maria’s paintings are much influenced by the notion that painting is a kind of storytelling and so her works have a narrative quality. They are multi-media, acrylic on canvas. Her drawings are often pre-painting sketches, short stories if you will, that have developed a life of their own.

Jan Maria’s clay work blurs that often highly contested line between fine and functional art. The coast and its unique shapes and textures have informed her work. She creates pieces for the garden and home. Jan Maria’s textile work includes batik, which again tells stories. Her approach to batik is painterly. She uses organic cottons and silks, beeswax and Inkodyes. She uses both tjanting and Japanese style Sumi brushes, again walking that line between fine and functional, she creates fine art pieces for the wall and for the body. Using fine yarns from around the world, beads and fringes, Jan Maria uses her painter’s eye to create one-of-a-kind scarves.

Her life is spent in the creation of art. 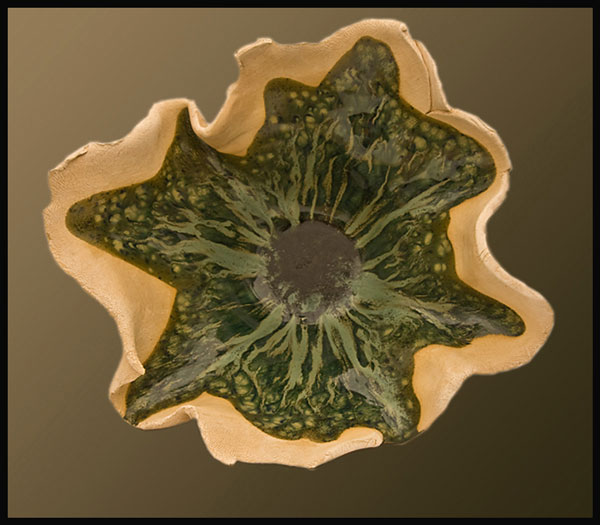 Although a familiar face in the Gualala Arts community, Sharon Nickodem has not previously participated in a two-person show at the Dolphin Gallery. It is fitting that the work of someone who has spent so much time helping other artists should be recognized in this way.

What distinguishes Nickodem’s work is the variety of ways in which she uses the images that she captures with her camera. Alternative ways to process her pictures such as digital infrared capture, mixed-media collage and the use of unusual substrates such as clay, canvas and fabric especially appeal to her. 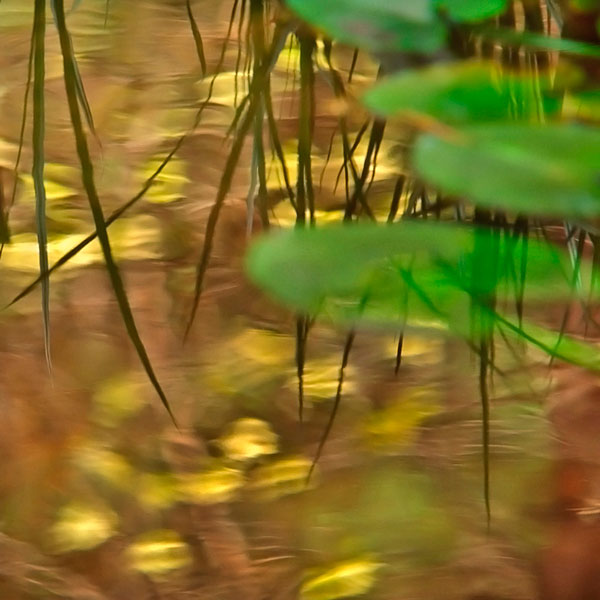 Her photos are quite eclectic. Some pictures found in her virtual gallery on her website www.sharonnickodem.com are traditional landscape and nature scenes, usually incorporating an unusual composition of ordinary settings. Others have a magical abstract quality somewhat suggestive of Salvador Dali, especially those found in the Through the Looking Glass section.

Over twenty-five years ago she discovered photography as a way to express her love of the patterns and beauty she found in nature. She honed her innate skills with extensive formal training at Foothill College and attended workshops by a number of artists including Kathleen Carr, Huntington Witherill, William Neill, Ruth Bernhard and Marion Patterson, for whom she was also a workshop assistant.

She retired from a high-tech Silicon Valley job in 2006 and moved to her Anchor Bay home where she became involved in Gualala Arts and the affiliated North Coast Artists Guild. She has volunteered her services in numerous capacities. She has been on the Gualala Arts Board of Directors and is currently on the NCAG Board. She is also the Exhibit Committee Chair, the lead librarian for the Gualala Arts Library, and serves regularly as a Dolphin volunteer. 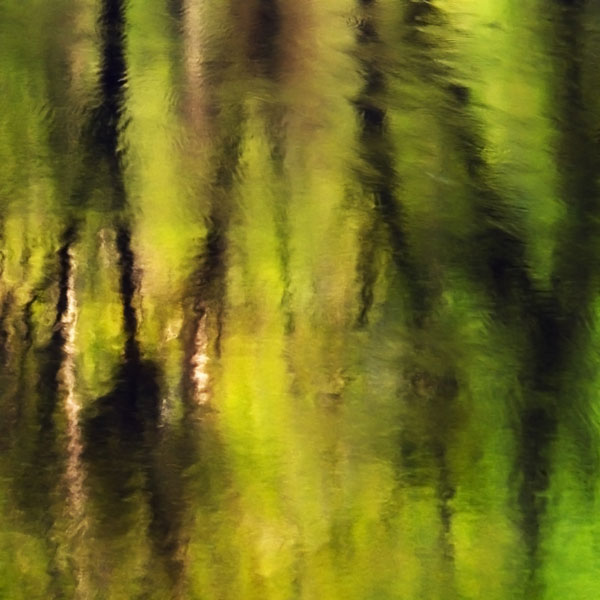