Pablo McClure and Soledad Leonicio will display their works in this special exhibition of Chilean Fine Art, filling both the Jacob Foyer and Burnett Gallery with their paintings and sculptures. The Global Harmony Artists-in-Residence program will welcome Pablo and Soledad to the Gualala Arts Center for the month of June, and will they will be presenting several special workshops and events in addition to this exhibit. The opening reception will be from 5 p.m. to 7 p.m. with the artists presenting an audio/visual talk that will explain their inspirations and approach to their art, both individually and collaboratively. 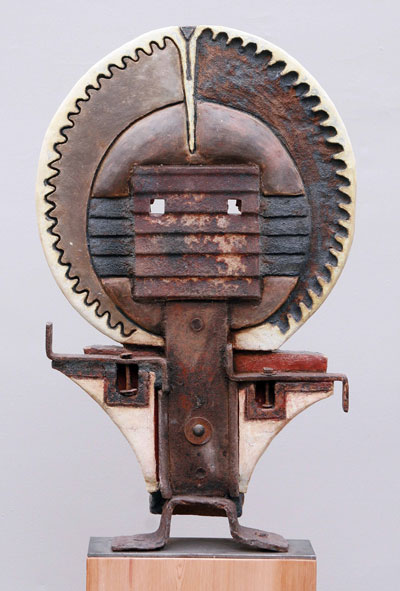 This exhibit is sponsored by the White Mountain Institute, a not-for-profit private foundation supporting creative endeavors to bring together leaders in art and medicine. It is also part of the Gualala Arts Global Harmony series, whose goal is to encourage global harmony by sharing cultures through the arts.

Soledad has chosen solitude, silence and the light of the Atacama Desert as the source of inspiration for her work. The material used for her sculptural work is based on recovered iron objects found in the field, the beaches and the desert.

These objects are in part her inspiration, she builds on them, incorporating them into ceramics who are forming themselves into beings in her imagination.

It is possible that the indigenous past of the desert space where Soledad works, talks through her work and transports itself to an imagined future.

The understanding of Time and Space has always been the window that Soledad wants to envision. From the window of her studio in the middle of nowhere surrounded by the vastness of the desert which borders the immensity of the sea, which borders at the same time the vastness of the sky by enveloping her mind and freeing her thoughts enclosed in a bubble inviting creation through words, photography, flowers in her desert garden and these sculptural beings without time or space defined. To achieve her sculptures, Soledad uses high temperature ceramic glaze and rust seeking to incorporate both materials to achieve a whole. 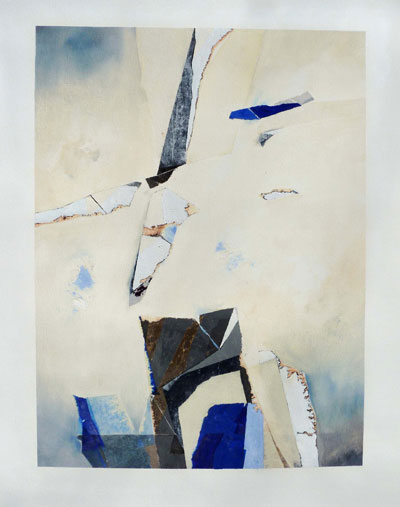 To Pablo, the Atacama Desert has been a special source of inspiration for more than 10 years. From the window of his studio he can see Isla Choros, Isla Damas, Isla Chungungo and the two small Pájaros islands. Although his paintings are not figurative he thinks that this landscape, being a flat plain facing the sea, looks like a blank painting, like the first beginnings after creation. To paint he uses colors diluted in oil that he moves with rags, brushes and spatulas. Many places on the canvas are virtually untouched and fixed in time.

This new landscape has its own light, sometimes crepuscular where the reds are protagonist and where liquid gray, white and brown are the melting pot of the alchemist.

For Pablo painting is a metaphor of the universe, always being present and renovating itself. To paint is the desire to see beyond the immediate limits, it is like presenting a fragment of sky and set new coordinates.

Lately Pablo likes to work in his desert workshop during the winter months; after the rains he can clearly see in the distance the white snowcapped mountains of the Andes. From here came a series of white paintings featuring various white spaces that intermingle with grays, warm and cold, sometimes with a slight reddish tint.

Astral is the metaphor of his art: touching the edge of the universe, the painter builds its own language giving a new meaning to color, creating a boundless space. 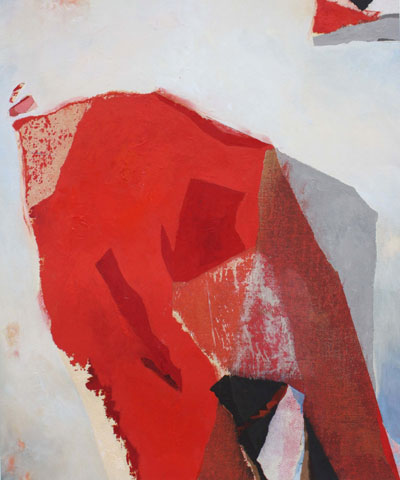 Pablo started to paint at the age of 12, copying portraits of Leonardo D Vinci. Then he started to paint in watercolor under the guidance of his father who is an architect. These paintings were invented landscapes and at times landscapes with colonial churches. He won prizes in school and national competitions with these paintings. He also studied painting and drawing with different Chilean teachers.

His interest in form and space motivated him to study at the school of architecture of the Catholic Valparaiso University, recognized for its emphasis on creativity and innovation, where he graduated in 1981.During his student time he studied contemporary masters during the summer months. He discovered his own path as an autodidact. In 1982 he decided to migrate to Europe to show his work to the famous Chilean painter Roberto Matta.

Arriving in Spain he worked on the illustration of a book “Born to be Transparent” written by Soledad Leonicio. This was edited and displayed next to his pictures in Madrid in the same year.

Between 1984 and 1985 Pablo produced and published a series of drawings of the Royal Monastery of San Lorenzo of El Escorial commissioned by the National Heritage of Spain. He exhibited in various galleries in Spain and taught drawing and painting at the Casa de Cultura de San Lorenzo de El Escorial and at the Colegio Real Alfonso XII de Palacio.

After nearly a decade of living in Europe he returned to Chile where he produced the mural “Constellation II,” painted in oil on four large canvases, to be seen in the subway station “Heroes” in Santiago. For years he exhibited his work in Santiago and throughout Chile and abroad.

In 2013 he exhibited his oil paintings and engravings in “The Lion Heart Gallery” in Pound Ridge, New York together with his partner, the sculptress Soledad Leonicio. 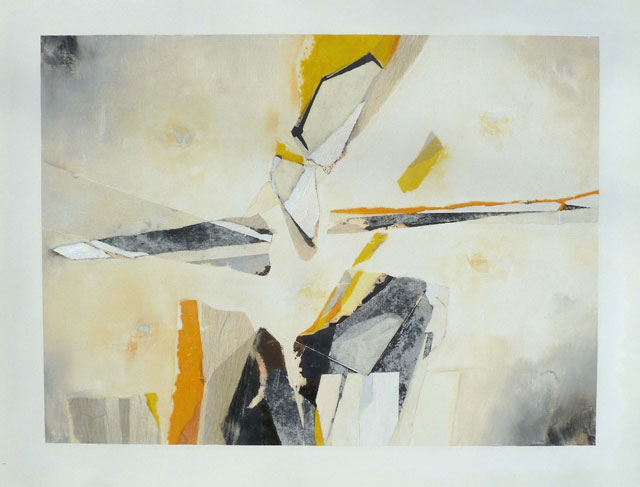 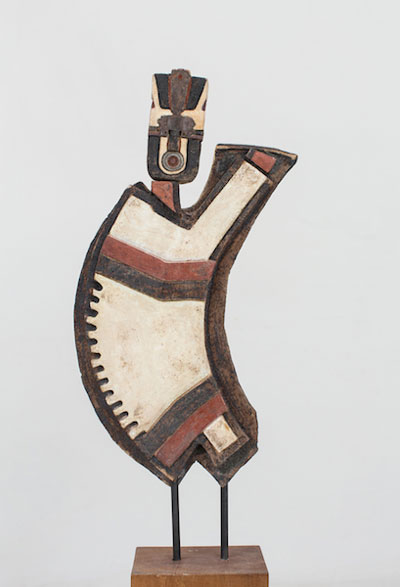 Soledad studied fine arts at the University of Chile in Santiago de Chile. In 1974 her country found itself in troubled times; without direction she crossed the Andes to Buenos Aires where she took a boat which took her to Barcelona, Spain. There she met a sculptor friend and stayed a while, then travelled with him from the south to the north of Spain. She then moved to England but was subsequently transferred to France for not having money. Soledad settled in Belgium where she remained a year. It was in that year where Soledad created her tapestries which were then exhibited in Stockholm and Madrid.

She finally settled in Madrid Spain – mainly in San Lorenzo del Escorial – where she worked in the workshops of master sculptors of the School of Fine Arts of Chile, Ricardo and Raul Mesa Valdivieso (now deceased). In San Lorenzo de el Escorial she also wrote short stories and one of them was published in Madrid in 1982. She met the painter Pablo MacClure, who illustrated the story “Born to be Transparent” in 2005 and in 2007 it was published in Chile and acquired by the Ministry of Education and National Libraries.

The following year their son Martin was born. Soledad went to work in different culture organizations, organized events and cultural centers including the Organization of the House of the culture of San Lorenzo of the Escorial located in the attics of the Palace. She dedicated herself to raising her son, teaching ceramics and sculpture in workshops for children. In 1990 she returned to Chile with her family. Soledad gave herself fully to her sculptural work, as well as the production of exhibitions of her and her partner Pablo McClure’s work, and to gardening, photography, and philosophy.

She has had several solo exhibitions as well as joint exhibits with her partner Pablo, including in Pound Ridge, New York 2013 in and at the Cervantes Institute in New York in 2014. She is happy to participate with him in this joint exhibit at the Gualala Arts Center. 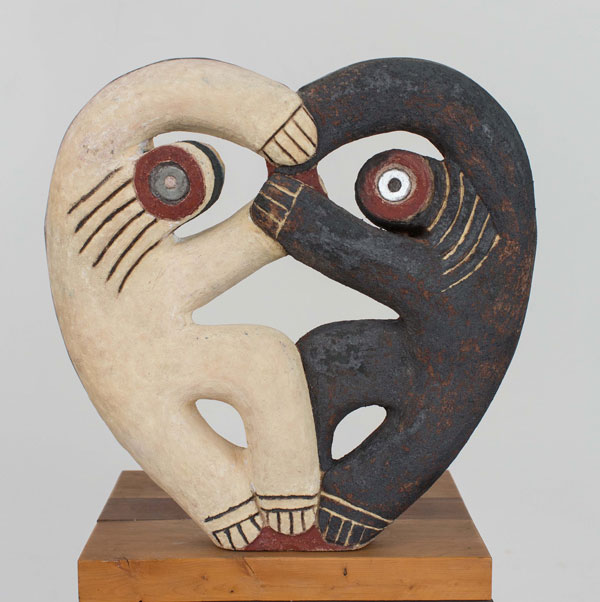 The Gualala Arts Global Harmony Series Artists-in-Residence program for this special slate of Chilean events has been lovingly enabled by the generosity of the following sponsors:

The White Mountain Institute, a not-for-profit private foundation supporting creative endeavors to bring together leaders in art and medicine

Waqar the best pisco in the world (Wine Enthusiast Magazine 2014)

The support of these wonderful sponsors helps the Global Harmony Series achieve its goal to encourage global harmony by sharing cultures through the arts.