The May 2015 exhibit at The Dolphin Gallery features Bill Apton and Sally Labioda. The opening night reception is on Saturday, May 2 from 5:00 p.m. to 7:00 p.m. and the show runs through Tuesday, June 2.

As a professional photographer, Bill Apton has honed his photographic skills in pursuit of capturing the quintessential quality of a visual image at one moment in time, what French photographer Henri Carter-Bresson, the father of photojournalism, called the “decisive moment.” This show, entitled Chasing the Perfect Image, will be a retrospective look at his 50 year quest. 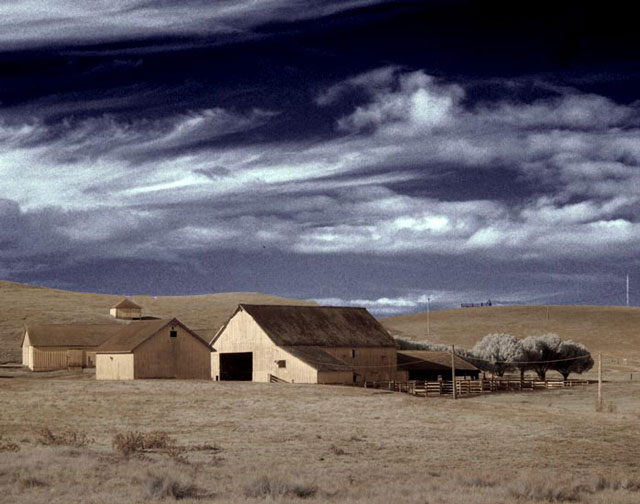 From powerful straight-on images to digital collages and infrared techniques that are not visible to the human eye, Apton expresses his considerable talent through a variety of techniques. Any visitor to his virtual gallery (www.aptonphoto.com) will immediately recognize his intent.

Among the many accomplished photographers on the scenic California Coast, his work stands out. His wife Holly says, “It is through Bill’s photography that he expresses his deep sensitivity and his appreciation of beauty.”

His story began when he was eight years old and picked up his first camera, a Kodak Brownie Hawkeye. His methods evolved along with technology, embracing the changes and freedom the digital age provided. Although he sometimes misses the magic of a dark room, he does not miss carrying around three camera bodies loaded with different films and a range of lenses and filters. 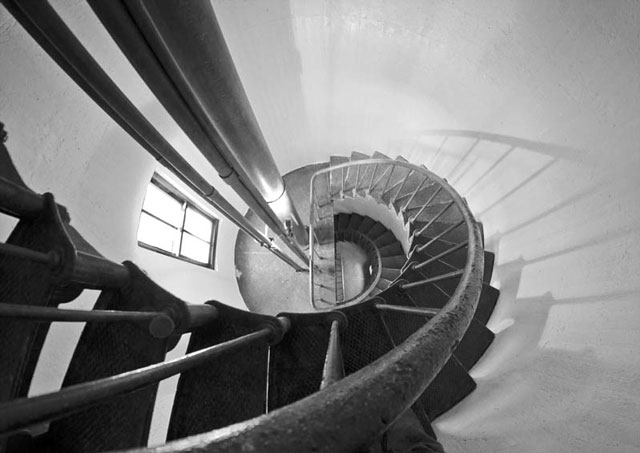 Apton majored in photography at the Rochester Institute of Technology. After a stint in the Army, where he developed the film from the war-torn Vietnam front, he moved to San Francisco where he had a successful commercial photography business for many years. He now works from what he calls a dream studio at his home in Anchor Bay.

When he first arrived in 2002, he undertook a project that became The Mendonomans – The People, The Land. Initially, he sought to chronicle local artists, but the effort eventually evolved into a documentary. The scenes recall the photo essays found in weekly photo magazines like Colliers, Look and Life, which he pored over as a youngster. It took over one year, 241 rolls of film, countless phone calls and over 11,000 miles of travel to complete the task.

Apton’s work has appeared previously at the Dolphin Gallery in 2012 and at a retrospective show called The First Hundred Years in the Burnett Gallery at Gualala Arts Center in 2009.

Ever since snowbound winter days during her childhood in Michigan, Sally Labioda has been working with her hands to create interesting pieces whether she was knitting, weaving or shaping found materials. So it was logical once she moved to the Mendocino coast for her to see the artistic possibilities in kelp. 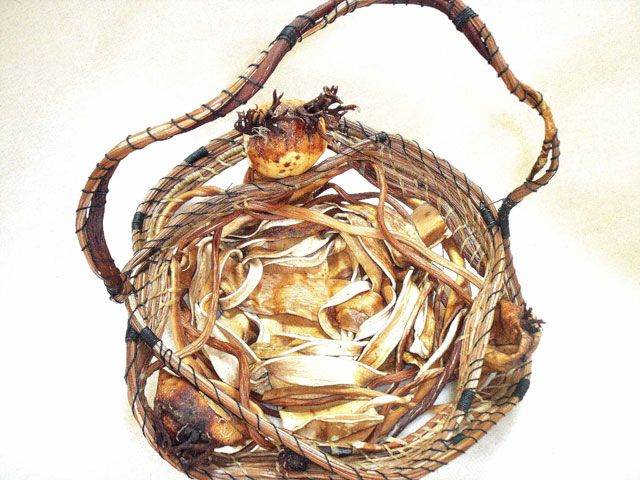 17 years ago she started using this unusual material in creative and unexpected ways. One example is the kelp basket that won the Judge’s Award in an Art in the Redwoods show and the kelp Christmas tree that captured first place in a Festival of Trees contest.

Her work builds on the earth tones of the raw material with highlights of other foraged objects such as beads, pine needles and abalone shell. Her intent is to use locally found materials in an ecofriendly manner. For that reason she waits until the kelp had dried out and is no longer contributing to the bio system before collecting it.

In both her kelp and her pine needle work, Labioda produces organic sculptures, rather than functional baskets. The process she uses requires wetting the collected strips and forming the kelp in a variety of fluid forms suggestive of the sea from which it came. Since each creation has individual characteristics based on the way it dries, Labioda often has to rework the elements several times before achieving the desired effect. Treating the finished piece with beeswax enhances the color and helps preserve it.

She has had pieces on display at the Dolphin Gallery but this is her first two-person show there. She is no stranger to the local art scene and has participated in several Art in the Redwoods and is one of a group of area artists who annually assemble a three-week collection around Labor Day weekend called Rogue Wave.

For over 20 years she has been teaching school in both Sonoma and Mendocino counties. She currently teaches at Manchester School and lives in Anchor Bay with her husband Kevin and their dog Kai. 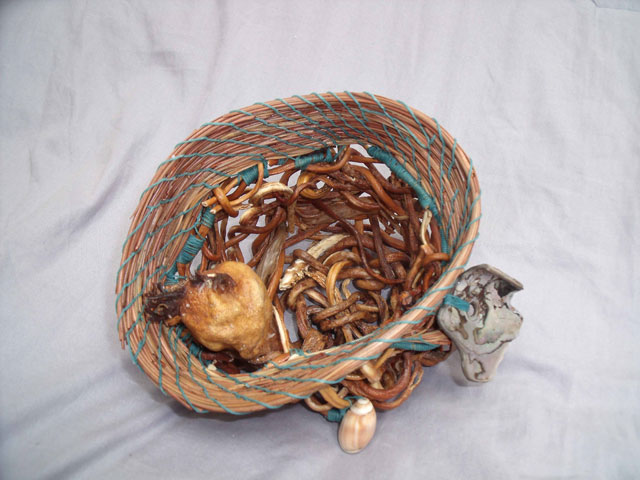