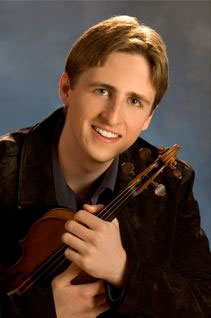 David McCarroll has been described by the IndieLONDON (a site dedicated to London’s entertainments scene) as “a great talent who plays with an impressive depth of feeling.” Winner of the 2012 European Young Concert Artists Auditions and Silver Medalist of the Klein International Competition, he made his concerto debut with the London Mozart Players in 2002 and has since performed with many orchestras both in Europe and the US. He has appeared as a soloist and chamber musician throughout the UK, Germany, Holland, France, Switzerland, Italy, Tunisia, Thailand, New Zealand, Panama, El Salvador, Argentina, Chile, Israel and the US. His performances have been broadcast on radio stations including WGBH Boston, WQXR New York, National Public Radio and the BBC.

David was born in Santa Rosa, California, in 1986 and began studying the violin with Helen Payne Sloat at the age of 4. At 8, he attended the Crowden School of Music in Berkeley studying with Anne Crowden. When David was 13, he received an invitation to join an international group of 60 young music students at the Yehudi Menuhin School outside London where he studied with Simon Fischer. David continued his studies with Donald Weilerstein and Miriam Fried at New England Conservatory of Music in Boston where he received his Masters degree and with Antje Weithaas in the Konzertexamen program at the Hanns Eisler Academy in Berlin.

In addition to music, David maintains an active interest in social concerns including the needs of those impacted by the AIDS pandemic and is currently working on projects of the Starcross Community to help AIDS orphans in Africa. He has played in programs encouraging world peace promoted by the Fellowship of Reconciliation and has given benefit concerts for Doctors Without Borders. With other members of his family, David has worked to get strings to young music students in Cuba where such items are very difficult to obtain. David plays a 1761 violin made by A & J Gagliano. 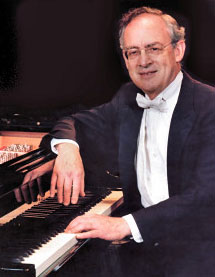 Almost from the time he could walk, Roy Bogas felt the pull of music — and an uncanny facility for recognizing, and eventually naming, notes. Bogas, who performs for the San Francisco Ballet and other orchestras, can instantly tell whether a given tone is an A or a B flat or a C sharp or any interval between. Known as “perfect” or “absolute” pitch, it’s a rare ability in adults, even among professional musicians, who typically have what’s known as “relative pitch,” or the ability to tell what a note is only when given a starting note as a reference. A student of Ada Clement, Adolph Baller, Hedwig Rosenthal and Rosina Lhevinne, Roy Bogas received his training in New York and at the San Francisco Conservatory of Music. At the age of 19 he became accompanist to Yehudi Menuhin, playing over a hundred concerts with him throughout North and South America. He has also played with many other artists including Zara Nelsova, Ruggiero Ricci, Michael Rabin, Jaime Laredo and Joseph Szigeti, with whom he recorded a number of 20th century works for Mercury Records.

Bogas received a special prize at the Queen Elisabeth of Belgium International Competition in 1960 and in 1962 he was a prizewinner at the Tchaikovsky Competition in Moscow, making his New York and London debuts the following year. In addition to recital work, he has performed as soloist with virtually every orchestra in California, most recently with the North State Symphony under the direction of Kyle Pickett, as well as many other orchestras in this country and abroad, including the Longview, Texas Symphony, the Philharmonic Orchestra of Mexico City, the Radio Orchestra of Ljubjlana, the Belgrade Philharmonic and the Moscow Philharmonic under the direction of Kiril Kondrashin. Mr. Bogas has appeared at many summer music festivals including the Ravinia Festival in Chicago, the Sandpoint, Idaho Festival and the Mendocino and Lake Tahoe Festivals, as well as the Gualala Summer Festival of Music, of which he is the founding director. He is principal solo pianist for San Francisco Ballet and founder of the MasterGuild Series of chamber music at Holy Names University in Oakland, where he is also Professor of Music.