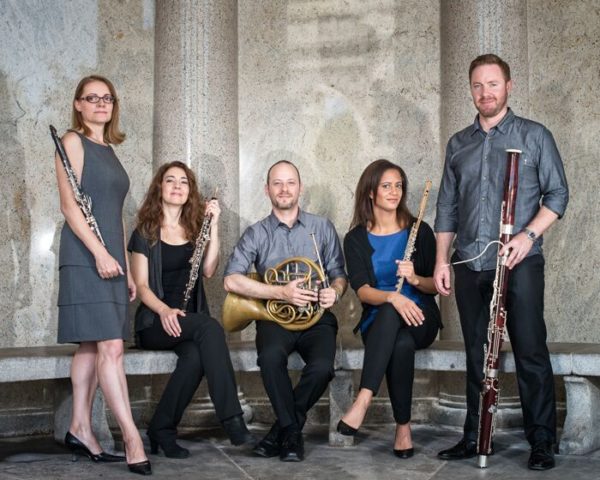 Now in its 21st season, Zéphyros Winds is one of America’s distinguished chamber ensembles. Bringing together five of the finest wind virtuosos of their generation, Zéphyros Winds made its New York concerto debut opening the 2004 Mostly Mozart Festival and has appeared at the nation’s most prestigious concert venues, including The Library of Congress, Wolf Trap, Carnegie’s Weill Hall, Dumbarton Oaks, Duke Performances at Duke University, “The Movado Hour” at The Baryshnikov Art Center in New York City, Da Camera Society of Los Angeles, Skaneateles Festival, and Lincoln Center’s “Great Performers Series.”

In 2010, Zéphyros performed in Beijing, China at the National Centre for the Performing Arts’ May Festival. The Philadelphia Museum of Art engaged Zéphyros to create a program complimenting their exhibition, “Manet and the Sea,” and at the invitation of the French Embassy in Washington, DC, éphyros performed a gala concert celebrating the centenary of Francis Poulenc’s birth. Numerous Radio broadcasts include “Performance Today”

for National Public Radio(most recently in early 2016), Public Radio International’s “Music from Chautauqua,” and WNYC’s “Around New York.” Their live-recording of Irving Fine’s “Partita for Woodwind Quintet,” was released on Bridge Records. Zéphyros has given master classes at The Yale University School of Music, The Juilliard School, The Eastman School of Music, and the Idyllwild Arts Academy.

Taking its name from the Greek god of the West Wind, Zéphyros Winds first gained national attention in 1995, when, one year after its formation, it won both the First and Grand Prizes at the Fischoff National Chamber Music Competition, becoming the first wind quintet in the competition’s 22-year history to do so. They made their New York debut in 1997 at Merkin Concert Hall and began extensive touring throughout the United States.