Freier, a violinist, and cellist Harrison have been playing quartets professionally their entire musical lives. With the newly formed Ives Collective, which is more flexible than their past format, they can be more adventurous in their offerings.  “We are excited by all the marvelous possibilities and musical combinations this new venture, the Ives Collective, will open up to you and to us. Each season there will be quartets of all stripes, but there will also be singers, pianists, winds, and the occasional added string players.”

Playing for the Gualala Arts October Chamber Series will be Harrison and Freier with Roy Malan, violin, and pianist Robin Sutherland: 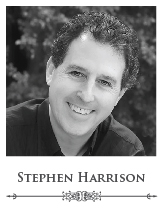 Stephen Harrison, cellist has been on the Stanford University faculty since 1983. A graduate of Oberlin College and Boston University, he has been solo cellist of the San Francisco Contemporary Music Players since 1985. 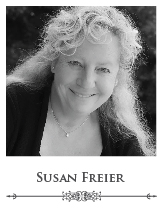 Susan Freier, violin, and viola, earned degrees in Music and Biology from Stanford University as a Ford scholar and continued her studies at the Eastman School of Music where she formed the Chester String Quartet. In 1989, Susan joined Stanford’s faculty and the Stanford String Quartet. 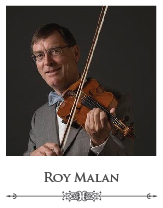 Roy Malan, violin, serves as a solo violinist with the California Symphony and as and Opera Parallèle and was the long-time concertmaster and solo violinist for the San Francisco Ballet. The founding director of the Telluride Chamber Music Festival, he has an extensive career of performance domestically as well as in Canada, Mexico, Europe, Australia, and Africa to his credit. He is also widely recorded on the Genesis, Orion, and other labels, Roy was formerly a member of Porter Quartet, Stanford String Quartet, Ives Quartet, and the San Francisco Piano Trio, among others.

Educated at London’s Royal Academy of Music under Yehudi Menuhin, he also attended Juilliard and the Curtis Institute, where he was a student of Ivan Galamian and Efrem Zimbalist (he authored the latter’s biography). Roy currently serves on the faculty of the University of California, Santa Cruz, plays locally with a string quartet, piano trio, and music festival engagements. He has been a member of SFCMP since 1976. 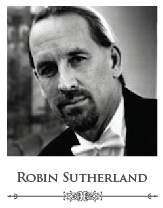 Sutherland, a pianist, studied at the Juilliard School and the San Francisco Conservatory of Music. While still an undergraduate, he was appointed principal pianist of the San Francisco Symphony by conductor Seiji Ozawa. The recipient of numerous awards, Sutherland was selected at 17 to be the sole participant from the USA at the International Bach Festival, held at Lincoln Center. He was a finalist in the International Bach Competition in Washington DC and has performed all of J.S. Bach’s keyboard works. An avid chamber musician, Robin Sutherland is co-director of the Telluride Chamber Music Festival and a regular performer at the Bay Chamber Concerts in Rockport, Maine. Many composers have dedicated works to him, and among the world premieres in which he has participated was that of John Adams’s Grand Pianola Music. A frequent soloist with the SFS, Robin Sutherland has been featured in Leonard Bernstein’s Age of Anxiety with Michael Tilson Thomas conducting. In 1996, his recording of Bach’s Goldberg Variations was released on the d’Note label.

The Gualala Arts Chamber Series program will include the Czech Masterpieces:

Individual concert tickets for the six performances October through April are $25 each, $30 when purchased the day of the performance. A season ticket for all six concerts is $125, providing savings equal to one free concert. Season Tickets may be purchased at the Gualala Arts Center office by calling 707.884.1138, or by sending a check for $125 to Gualala Arts, P.O. Box 244, Gualala, CA  95445.