The September 2016 exhibit at the Dolphin Gallery features Scott Chieffo and Sophia Sundstrom. The opening night reception is on Saturday, September 3 from 5 to 7 p.m. and the show runs through Sunday, September 25.

Many who live on the Mendonoma coast see the subject matter for Scott Chieffo’s photographs on an almost daily basis, but his pictures never grows stale because they captures those scenes in a dramatic, uniquely painterly way that arrests one’s attention and presents them through a different lens. 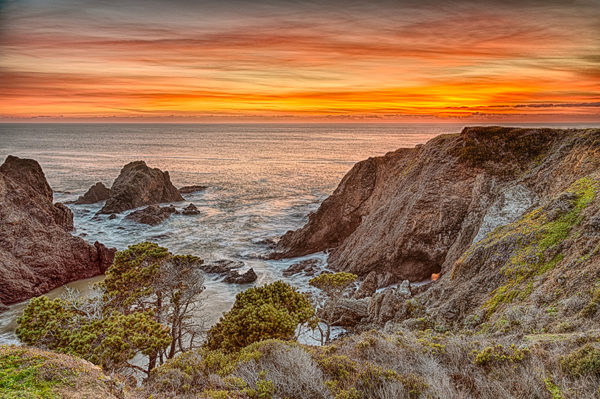 Scott goes into the field without a preconceived notion of what he wants. He allows the setting and the light to dictate his composition. He says, “When things go well, I literally enter a meditative state of mind which allows me to create images that communicate the subtle beauty aroused by my surroundings.”

Not only does he capture hidden details using a skillful mastery of lenses, f-stops, and other tools in the photographer’s field arsenal, but once he has captured an image, he uses the latest “digital darkroom” techniques to unlock an emotional response so the final product can be enjoyed with increased pleasure for many years, rather than have just an initial impact.

Recently, Scott has devoted more time to printing his work in a large format on metallic surfaces. Dyes are infused into a specially-coated aluminum surface, resulting in a “frameless” print that appears to float off the wall with outstanding image clarity and vibrancy. 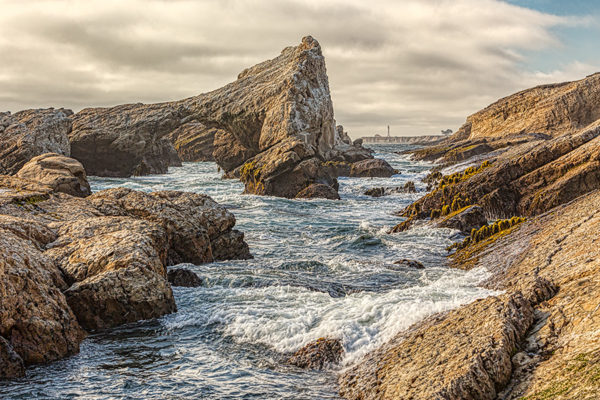 His first 35mm SLR camera was a college graduation present that triggered his latent talent and provided a way to explore further the natural world he studied when obtaining a degree in Environmental Biology. Born in Southern California, Scott has spent the last twelve years living on the Mendocino coast his photographs depict so well

You can view Scott’s work on his website, www.schieffophotograhy.com. The virtual gallery provides numerous examples of his expertise in capturing an ephemeral moment in a lasting image. His work can also be found at the Gualala Arts Center, the Artist’s Collective in Elk, and in various regional venues. This is his fourth two-person show at the Dolphin Gallery. 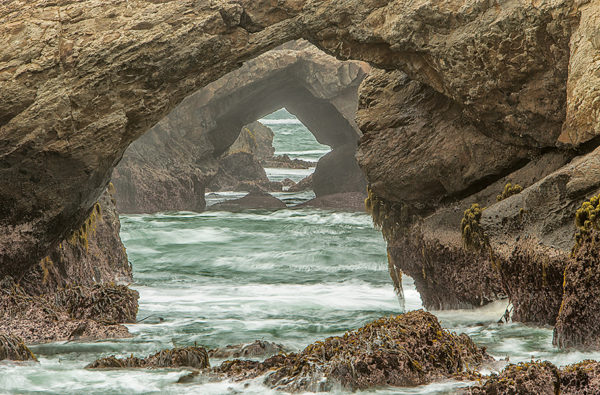 Anyone who looks at Sophia Sutherland’s creative ceramic pieces can see immediately that she is a cat person, but her second two-artist Dolphin Gallery show reveals an equal fascination with the human body both as torsos and full figures in a variety of poses. 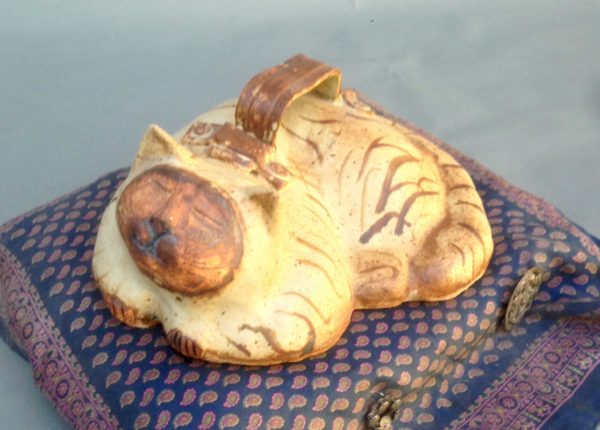 One very distinctive hallmark of Sutherland’s work is the series of small monoliths she produces with slabs from which the figure’s head and arms are formed to reach out to connect with others.  Often they depict intertwining lovers, a mother and child, or a small group of individuals joined together.

Although she also works in bronze and cement, many of her ceramic pieces begin with an amorphous lump of clay she playfully refers to as a “Gumby.”  From that beginning each piece takes a life of its own.  Many are hollowed out before firing with oxides or glazes that often produce intriguing results.  For Sutherland, her work is always evolving.  “There is always an excitement anticipating the final outcome.”

She adds, “My work is overtly whimsical and covertly philosophical.  I move between the second, third, and finally the fourth dimension, where I can explore with my viewers the last stage of creativity: the work in the world.” 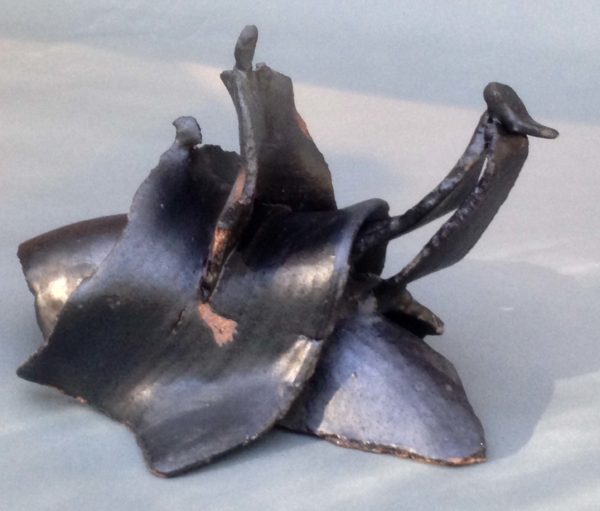 Although this show features her three-dimensional pieces, she also uses water colors and pastels to create interesting nudes and figures that help inform her ceramic pieces.  Active in the Artist Collective in Elk since she arrived in the area in 1968, Sutherland is one of thirty-two artists whose work is displayed at the Elk Studio Gallery.  She is also at the John Hanes Gallery in Boonville.

Sutherland’s formal training began on the East Coast at Putney School in Vermont.  After traveling in Europe and North Africa, she settled in Northern California and resumed sculpting at the California College of Arts and Crafts with further studies at UC Berkeley, San Francisco State University, and the College of the Redwoods.  Since 1978 she has had her sculptures in numerous collections in Europe, Latin America and the United States. 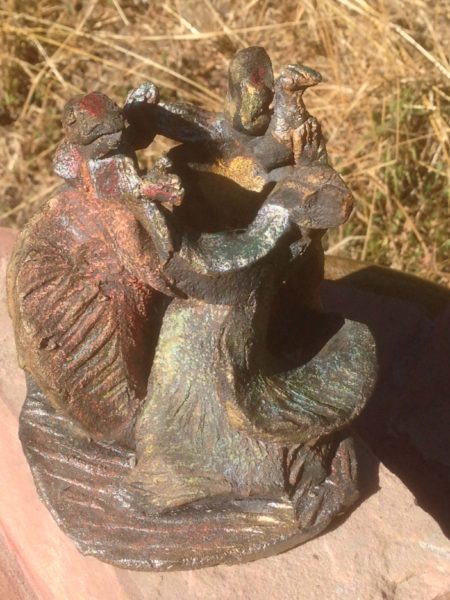