Tickets: $20 adults, $10 youth (13 & under). This show is rated PG-13: Parents strongly cautioned – some material may be inappropriate for children under 13. Small Plate Dinner: $8 advanced purchase up to one week before show; $5 more on day of performance (if available).

It’s rather gaudy but it’s also rather grand.
It’s bad and beautiful; it’s bawdy and bizarre!

La Cage aux Folles is a musical with a book by Harvey Fierstein, lyrics and music by Jerry Herman. Based on the 1973 French play of the same name by Jean Poiret, it is fun and upbeat, hitting all the right notes for laughs, entertainment and spectacle. It infuses drama with levity seamlessly and offers more than its share of memorable tunes and moments.

La Cage aux Folles won six Tony Awards® in 1984, and both subsequent productions won the Tony for Best Revival. Centered in a bustling nightclub on the French Riviera teeming with song, dance, laughter and heart, it inspired the hit 1996 film “The Birdcage,” starring Robin Williams and Nathan Lane. Featuring “The Best of Times,” “I Am What I Am” and “Song on the Sand,” Associated Press called the show “riotously funny and emotionally affecting. It could not be more timely and enjoyable.”

La Cage aux Folles is the story of Georges, the suave owner of a glitzy drag club, and his high-strung star performer (and romantic partner) Albin. After twenty years of un-wedded bliss, Georges and Albin, two men partnered for better-or-worse, get a bit of both when Georges’ son (fathered during a one-night fling), Jean-Michel, announces his impending marriage to the daughter of a bigoted, right-wing politician.

Jean-Michel pleads with his father to have Albin retreat from the family for a night in order to hide the secret of who and what his parents really are, and invite his birth mother, who has barely seen him since birth, instead of Albin. Georges reluctantly agrees to masquerade as “normal” when he meets the family of the bride-to-be. But Albin has other plans, with hilarious results . . .

This production is being directed by co-directors Teo Ariola and Dayle Farina and the Musical Director is Don Krieger. La Cage aux Folles is presented by special arrangement with SAMUEL FRENCH, Inc. 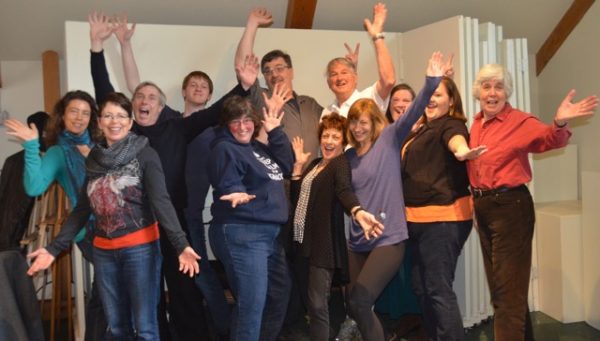 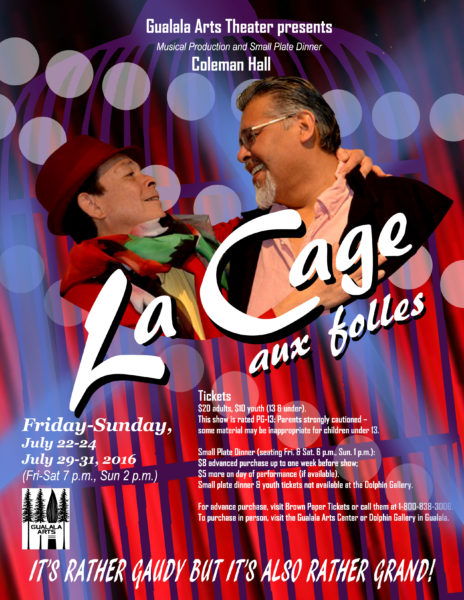