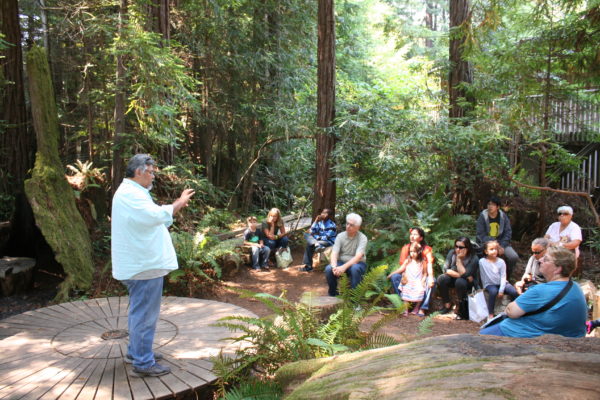 On Thursday, October 1 the Gualala Arts 2015 lecture series concludes with an exceptional opportunity to learn about the Kashaya Pomo when Eric Wilder discusses the history of his people and the challenges of blending a traditional life style with the contemporary world. The talk begins at 7:00 p.m. and promises to provide insights into the world of the oldest residents of the Sonoma coast.

Wilder will begin with a brief history of the Kashaya band who had their first meaningful encounters with Europeans when the Russians settled Fort Ross. He will focus on his personal experiences learning tribal practices from his grandparents while growing up on the Stewarts Point Rancheria and on how he rediscovered his roots after working in the insurance business in Novato.

Essie Parrish, Eric’s grandmother, was an important basket weaver and spiritual leader of the tribe. She strove to preserve Pomo practices throughout her life. She was acknowledged as her people’s dreamer at the age of six and had the ability to prophesy and interpret dreams. She once presented Robert Kennedy with a hand-woven basket and compiled a Pomo dictionary with noted Berkeley linguist Robert Oswalt.

From Essie and from his grandfather Wilder learned about traditional plants, about the Pomo language, and about the sacred obligations and duties to live in harmony with the natural world. He became a singer, one who leads the four days of ceremonial dancing and praying that heralds each of the four seasons. 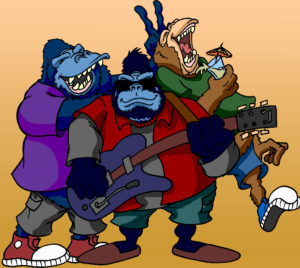 After Wilder graduated from Point Arena High family commitments prevented him from completing studies in art for which he had a talent. Eventually, he worked in the insurance business in Novato. There by chance someone saw his drawings displayed in a grocery store and offered him a job as a video games graphic designer. That opportunity reawakened his passion for artistic creation. He returned to the coast and rekindled his interest in the time-honored values instilled by his grandparents.

Wilder’s talk is a fitting prelude to the Native Arts Expo on October 24, a part of Gualala Arts Global Harmony Series that organizers hope will become an annual affair. It plans to show how Native people use art as a powerful tool to change perspectives and to share native identity with others.

Now a tribal leader Wilder will share his personal journey to rediscover his roots. The talk includes informative graphic materials from tribal events. There will also be time for audience interaction. A $5 donation will be collected at the door.   The lecture series resumes in January, 2016.