February 4, 2020 at 7 p.m.
Readers Theater will be reading three radio plays: a five minute mystery, The Murder of Mrs. Brooks; The Wills, a comedy from Lucille Ball’s My Favorite Husband shows; and Love Letters, a romance from the Camel Screen Guild Theater.
For info contact: Nancy Padgett, (415) 710-8904

March 3, 2020 at 7 p.m.
Readers Theater will be reading Noises Off by Michael Frayn, a play-within-a-play that takes a look at the follies of theatre folk whose susceptibility to out-of-control egos, memory loss, and passionate affairs turn every performance into a high-risk adventure. It captures a touring theatre troupe’s production in three stages: dress rehearsal, the opening performance, and a performance towards the end of a debilitating run, giving a window into the inner workings of theatre behind the scenes, progressing from flubbed lines and missed cues in the dress rehearsal to mounting friction between cast members in the final performance.
For info contact: Karen Russell, (925) 876-9042 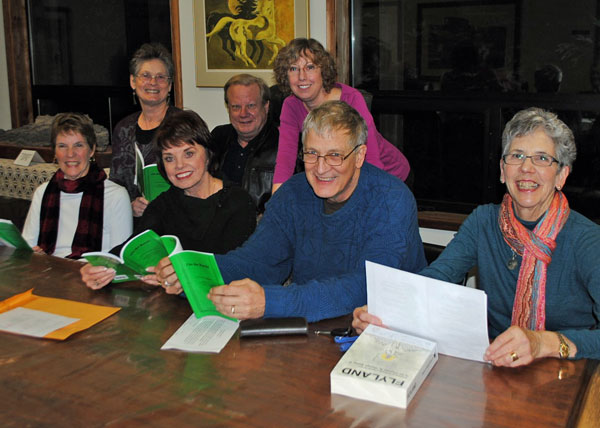 The Readers Theater group was started in the early 1990s for the simple purpose of providing its members the enjoyment of reading a play together.

In readers theater there are no rehearsals, no costumes or stage movements, just the power of the play’s lines, and the voices and faces of the members seated around the table.

The group reads everything from classic tragedies or comedies to more recently written plays / radio plays by a great variety of playwrights. Occasionally prose and poetry are chosen as well. Participating in Readers Theater is a great alternate way to taste the world of acting.

The group’s membership numbers between 15 and 20.

One of the members serves as the year’s coordinator and takes care of scheduling and publicity. All members take turns as director of the monthly meetings. The director chooses the play to be read, assigns parts to those who have signed up to read and provides copies of the script for practice well in time before the meeting.

Readers Theater meets on the first Tuesday of each month at 7:00 p.m. in the conference room at Gualala Arts Center. The title of the play and the name of the director are published each month on this page, in Sketches, and in the Independent Coast Observer. 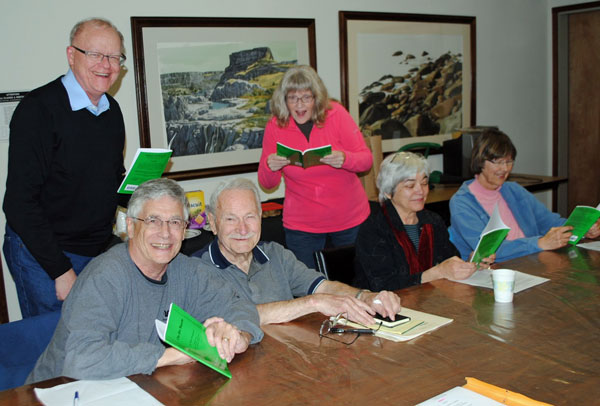