The Thought Behind The Shot: Four Photographers; Four Walls

An Exhibit by Four Photographers

The Thought Behind the Shot: Four Photographers; Four Walls

The four participating photographers will be featured on four different walls of the Burnett Galley, exhibiting a varied selection of their work along with narrative panels explaining why the images are meaningful or important to them. The photographs will be selected by each artist and the comments are intended to illuminate the creative process and ideas of their fine art photography.

This will be an eclectic show with a mix of travel, portrait, landscape, abstract and unconventional photography. All of the photographers work the Mendocino Coast and there will many images which will focus on people, places and things from the area. The exhibit will open for a Members Preview on Friday, July 2, 2021 from 11 am to 4 pm. The exhibit will be open to the general public on Saturday, July 3, 2021 beginning at 11 am. 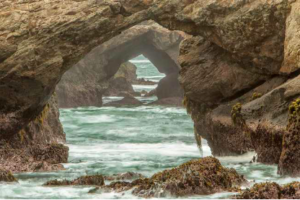 In the 15 years that he has been living on the Southern Mendocino County Coast, Scott Chieffo has developed an intimate photographic relationship with its unique landscape. His images capture the subtle beauty of the coast and forests with a highly unique, “painterly” style that emphasizes the quiet solitude of these landscapes. Scott’s main photographic goal is to be able to communicate this unique viewpoint to others, such that they are able to look upon his images, and develop a new and stronger appreciation for life’s details. He believes that a fine art photographic image is most powerful if it can be viewed with increasing pleasure repeatedly for many years, rather than simply have a strong initial impact. (www.schieffophotography.com) 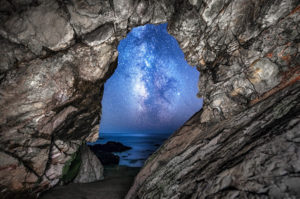 Paul Kozal has been photographing for over 25 years. His award-winning photographs have been exhibited in numerous solo and group shows throughout the United States. His work has been featured in leading photographic publications and art magazines. Recently, Kozal was awarded First Prize in the category of color photography at 2013 Gualala Arts Center Annual Fine Art Exhibition. He was also a 2011 Merit Award Winner in B&W+Color Magazine annual photography contest. Kozal’s photographs are in the collections of the Monterey Museum of Art, Tokyo Cultural Center, Cantor Center for the Arts at Stanford University and corporate collections in the United States. His photographs have been selected for the Arts in Embassies Program in Mexico City and Djibouti. He is the owner & gallery director of Studio 391 in Gualala, California. The artist resides in Sea Ranch, California, where the landscape’s rugged beauty captivates with the hushed majesty of its meadows, its towering forest and commanding shoreline. The Sea Ranch beckons from dawn to dusk, promising that journeys deeper into its marvels will reveal even greater splendor. Paul Kozal has sought to capture and preserve the quiet grandeur of The Sea Ranch. Training his camera lens on the lilting meadows, the tempestuous ocean and silent forests, the seasonal waterfalls and the dwelling that have seemingly grown into the landscape, Kozal presents a collection of images that embody the enchanting Sea Ranch allure. www.paulkozal.com. 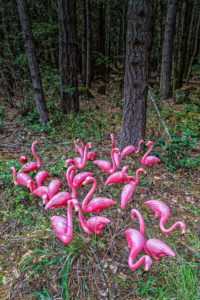 to the graphic arts was compelling. “I was captivated, from a young age, by the beauty and synergy of classic typography, illustration and photography of the 1950s and 60s.” Upon graduating college with a BA in Mass Communications, he worked as an art director for some of the areas leading advertising agencies — winning numerous awards for his campaigns.His passion for surfing, motocross racing and the lure of California impelled Bill to move to San Diego in 1986 where he started an advertising, design firm specializing in the marketing of technology-based companies. For over 25 years, Bill’s company, The Oxford Group, was a leading brand development company in the area. “In 2014 I was ready for a change — a simpler life, so I started shooting stock photography for Getty Images, the largest stock licensing agency in the world,” says Bill. Success came quickly so he closed his design firm and moved to The Sea Ranch where he continues to shoot for Getty and uploads to his portfolio of over ten thousand images for sale online, worldwide. Surrounded by the beauty of nature and stunning homes of the area, he soon aimed his lenses toward landscapes, seascapes and architectural photography. Information is at www.billoxford.com. 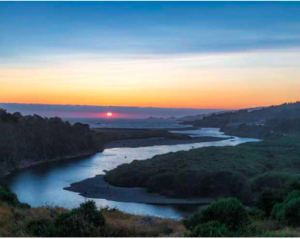 Scott Sewell is an award-winning landscape photographer who specializes in California Coastal, High Sierra and travel photography. He likes rocks, waves, clouds, contrast, texture and black and white images but has been known to occasionally shoot people, buildings and in color. A former IT professional, he is an adept user of the digital darkroom and prints, mats and frames his own work using fully archival materials.

In a way, Mr. Sewell’s photography is a story told from California’s two iconic roads: Highway 1 and Highway 395. A lover of the Western outdoors and coastal and mountain California, he has been roaming these roads in search of images for most of the last decade. He has also spent many miles on the trails there on foot and on horseback. He does travel elsewhere but always returns to the Mendocino Coast and the High Sierra as the anchor for his work.

Mr. Sewell regularly exhibits at Coast Highway Artist’s Collective in Point Arena, CA and at Gualala Arts, the largest art organization on the Mendocino Coast. Two of his images were selected for the Point Arena Merchants Association 2020 Brochure. His “Late Afternoon Traffic” image of Point Arena hangs behind the council dais at City Hall. His work is on display at Point Arena Lighthouse, Matson Mercantile in Elk, Coast Highway Collective in Point Arena, at Hunewill Ranch in Bridgeport and whenever he exhibits at Gualala Arts.

Two of his images, “Evening comes to the Bar” – an image of sunset over the Gualala River – and “Services Rendered” – an image of the Methodist Church in Bodie, CA – won awards at major competitions in the last year.

While his heart and art are on the Mendocino Coast (where he spends at least three months most years) and in the Sierra Nevada, he lives with his wife, June, in Marina del Rey, CA.