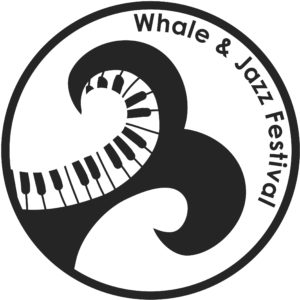 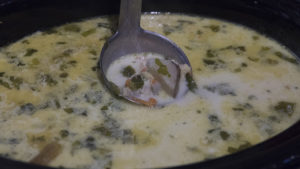 In the tastiest event of the popular Whale & Jazz festival, local chefs & cooks vie for the title of “Best Mendonoma Coast Chowder” in the 17th Annual Chowder Challenge.

As per previous years, two categories will be judged, Traditional New England-style Clam Chowder and Open Class. Challenge attendees will vote for People’s Choice and Most Tasted awards. The Open Class includes but is not limited to Manhattan-style Clam, Crab, Shrimp, Scallop, Lobster, Abalone, Salmon, or any other seafood combination. Vegetarian chowders such as corn or mushroom are also eligible.

Whether you’re a local professional chef, a home-kitchen gourmet, or a chowder connoisseur, competition for the Golden Cup is expected from Mendocino and Sonoma County challengers vying for the golden cup and title of “Best Mendonoma Chowder”

We are hoping all of last years winners will be back to defend their titles, find registration form here

A highlight each year is the concert of traditional New Orleans jazz, this year performed once again by the ever-popular “Barnebey’s Hot Four” of Sonoma County, returning to the Gualala Arts Center for the tenth straight year. The repertoire for the afternoon will include old favorites, the resurrection of some obscure musical gems from the golden age of jazz, and probably a few surprises for musicians and listeners alike, all in the tradition of the Big Easy. Those wanting to work off their chowder tasting with dancing will find themselves toe-tapping and boot-stomping as the infectious beats of New Orleans pushes them towards the dance floor! 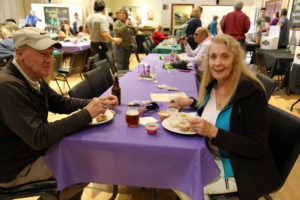 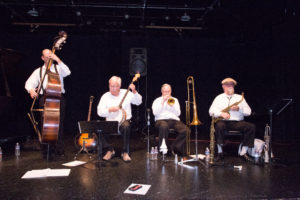 Check back later for details when tickets become available.

Tickets will be $25 in advance; $5 more day of the event and includes commemorative wine or beer glasses and 15 chowder-tasting tickets, complete with hot bread fresh out of the oven and beverages, including local fine wines and microbrews as well as soft beverages. Additional tasting tickets will be available onsite for $1 each.

Free admission for music only.

Tickets will be available in advance, visit Brown Paper Tickets. To purchase in person, visit the Gualala Arts Center or Dolphin Gallery in Gualala.