Remembrance, Celebration of Life and Exhibit 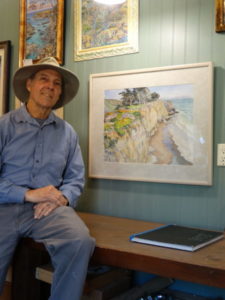 The public is invited to join in the celebration of Ron’s life on Saturday, October 5, 2019 at 5:00 pm. at the Gualala Arts Center, Coleman Auditorium. Art was a major focus in Ron’s life. 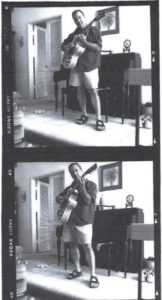 Some of Ron’s paintings and ceramics will be on display and available for sale at Gualala Arts from Friday, October 4 through Monday, October 7.

Although drawing and painting landscapes represented the lion’s share of his work, people and wildlife provided a sense of scale and interaction with nature.

Ron approached art as a means of self-expression: each painting told a story. He said “Art is a unique form of communication which goes beyond photographic images, incorporating observation and imagination and includes the ancient aspects of ‘storytelling’.”

Over the years Ron studied calligraphy, ceramics, architectural design, and sculpture, architectural drawing and landscape design, and his work reflected a strong interest in historical: subjects which were nostalgic. After teaching art for twenty years he began distilling information and experiences which provided a foundation for his individual style: a combination of Impressionism and Traditional painting techniques. 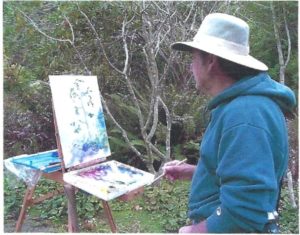 Ron was a third generation native Californian, inspired by the Mojave Desert and foothills of the San Joaquin Valley. After college he began a series of watercolor studies of the northern California coastline. Two years in the midwest yielded a series of  watercolor paintings of the farmland of Illinois, followed by a Santa Fe high desert series. His later work consisted of the dramatic coast of Northern California where he lived for the last 10 years of his life.

Although art was Ron’s primary focus, music and writing also provided viable ways to convey his interest in the past and present conditions of life on Earth and human interaction between the people and the environment at a global level.