An open call to all artists. Registration forms due by November 19, 2018. 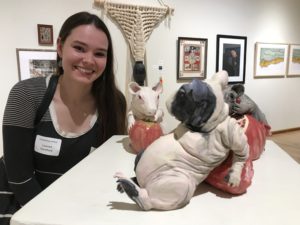 The complete list of entries and winners can be found here. 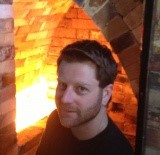 Evan Hobart was introduced to clay as a young child in 1993, when he participated in a ceramics after-school art program in the San Geronimo Valley in West Marin.

Hobart has taught ceramics at San Jose State University and Medicine Hat Community College, as well as private classes at Sweet Spirit Ceramic Studio in San Rafael, California. From 2011-2012 Hobart was an Artist in Residence at Medalta in Medicine Hat, Alberta, Canada.

Evan is currently the Ceramics Program Manager at the Mendocino Art Center. Evan is also the ceramics professor at Mendocino College in Fort Bragg.  Hobart’s work is exhibited in the USA and Canada, and is represented in many private collections throughout California.

The annual Gualala Salon & Salon des Refusés is a juried and judged fine art exhibit showcasing outstanding visual art and artists without regard to the type of media.