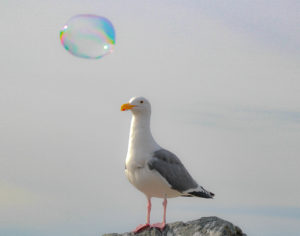 It was during 2003 that local photographers Craig Tooley and Bryant Hichwa thought it might be a good idea to form a group of like-minded individuals that could share and discuss all aspects of photography work.  Shortly thereafter, the North Coast Photography Group was formed. For the last fifteen years, the NCPG has gathered together once a month to review each other’s photos and discuss various photography related issues ranging from lighting and composition to imaging software, technical gear, shooting locations, digital asset management, back-up solutions, and much more.  Challenges are assigned each month with subject matter intended to engage and inspire all points of view.

At monthly meetings, nature and wildlife dominate the subject matter, but all subjects and categories are welcome and enjoyed.  (One member looks for letters of the alphabet formed by grasses, twigs, etc.).  Anyone, regardless of skill level, is invited to attend meetings held on the first Sunday of every month at the Arts Center. Meetings start at 10 a.m. and are usually over by noon.

Members of the group have routinely submitted works to the annual Fine Arts exhibit of the Art in the Redwoods Festival in August, often winning the coveted “Most Favorite” entry and ribbons awarded in specific photography and art categories.

Many members travel within the United States and abroad in search of the perfect image.  African safaris are always a favorite, as well as popular sites such as Yosemite, Grand Tetons, Bosque del Apache and other areas of interest, not the least of which is right here at home on the Mendocino/Sonoma coast.

The goal of NCPG is to help improve all members’ photographic capability and experience by providing an active support group and an organized exchange of information.

Now, this group of talented photographers has put together a unique collection of their photograph for display in this Gualala Arts exhibit, the first formal show for the NCPG. 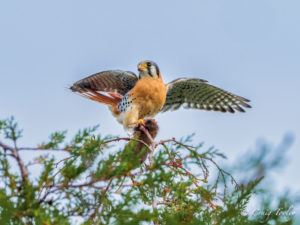 Craig says his photographic career began in the mid-1970s as a Studio Portrait and Event/Sport Photographer. In the 1980’s, he ran a commercial black-and-white lab and worked as a free-lance photographer in Sacramento.

“The 1990’s brought a change to my interests and I shifted to Fine Art Nature Photography, Nature Conservation and photographic instruction,” he says.

Craig’s work has been featured in local, regional, national newspapers and galleries, as well as Sunset Magazine, Sacramento Bee, San Francisco Chronicle, Associated Press and numerous Wildlife Preservation reports. In 2014, he co-authored a book with Jeanne Jackson, “Mendonoma Sightings Throughout The Year” which has received both national and international awards.  Craig is the principal aerial photographer for the California Coastal Monument (CCNM) in this area as well as the ground-based photographer for the CCNM.  His work was featured in the promotional Materials for the expansion of the Gulf of the Farallones National Marine sanctuary.  Craig is the co-founder, with Bryant Hitchwa, of the Gualala Arts Nature Photography Group. 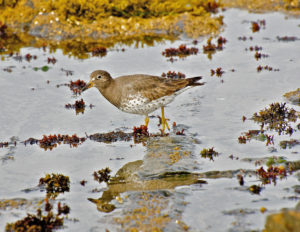 Bryant shoots with an Olympus OMD camera. He says he enjoys the challenge of “getting the details of the intricacies in nature – from the blackest black gorillas of Africa to the dazzling feathers of birds in the tropics.”

“Over the years I have moved from the initial Nikon Single Lens Reflex cameras and black and white prints in the darkroom to the latest digital color capabilities. As a physics professor my optics classes always included photography applications,” he says. His interest stems from walks in nature to wildflowers and wildlife. “That expanded as we traveled to various countries and continents enjoying the beauty of bird watching as well as its photographic challenges!”  Bryant is the co-founder, with Craig Tooley, of the Gualala Arts Nature Photography Group. 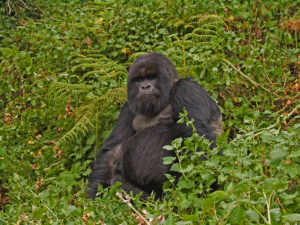 Diane Hichwa is the photographer’s assistant and picks up the camera occasionally to take a few photos. Diane will also exhibit in this show.  Left is a Silverback in Virunga that Diane captured. 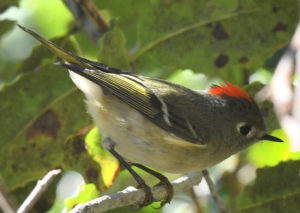 John is a local photographer and geologist that has been producing images for over 60 years. His work has supported professional applications throughout his career as well as pursuit of a life-long hobby. Subjects have varied from mountainous terrain investigating tectonic structures to wildlife and high performance aircraft. 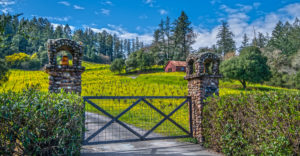 Paul is a well-known award winning wildlife and nature photographer who specializes in seascapes depicting the colorful sunrises and sunsets pf the Mendocino and Sonoma coast and stunning wildlife action photos.

Paul’s photos are presented in a stunning new media called “Dye-Infused Metal Prints.” His photos are reproduced by Magna Chrome in Concord, California, on sheet aluminum by infusing dyes directly into the surface of the metal thereby creating prints with unparalleled archival quality and luminescence. These prints do not require protective glass and are easily cleaned with any commercial glass cleaner or with rubbing alcohol.

Paul’s photos are displayed at the Dolphin Gallery in Gualala, Ca. and at the Highlight Gallery in Mendocino, Ca. Cove Azul Restaurant in Gualala also features his photos. You can see Paul’s photo collection, including out of area photos, by visiting his website 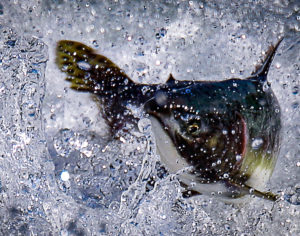 Pam enjoys capturing the simplest possible images in her photography.  She plays acoustic guitar and mountain dulcimer and participates in the Mendonoma Writers’ Group.  Pam volunteers at the Redwood Coast Humane Society. 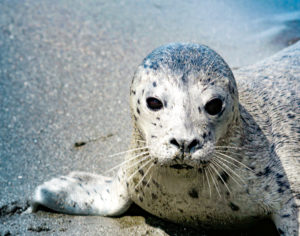 Richard brings an engineering background to his documentary approach to photography.  He photographs spontaneously and does minimal post-processing.  Richard’s othe interests include playing several types of acoustic guitars, mandolin, and banjo.  He is a volunteer at the Redwood Coast Humane Society. 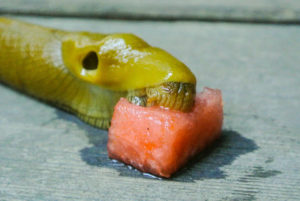 My father had been professional photographer before I was born.  When I was around 10 years old, my father set me up with a small camera and a darkroom in my bedroom closet.  As I progressed from taking photos of the scenes and people around me, I started doing more sports photography as well as commercial and architectural photography.  In the last few years, here on the “Mendonoma” coast, I transitioned from film to digital and I became more involved with nature and scenic photography. The trees featured on the landing page is also Barry’s photo. 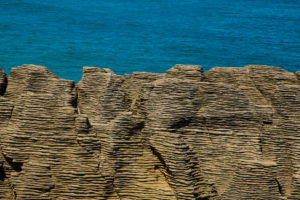 Paula Ray Power, a former newspaper journalist, has been taking photos for 25 years. Paula started with black-and-white photography and her own darkroom before finally giving herself over to digital in 2001.

“It’s been a fun journey from knowing nothing about cameras when working as a reporter — and relying on staff photographers to get the right shot for my story — to feeling completely comfortable behind the lens,” she says. Paula enjoys taking pictures of everything, but mostly portraits of children and animals. She is always learning and exploring and looking to try new angles, lenses, and challenges.  Her goal this year is to play more with night photography. 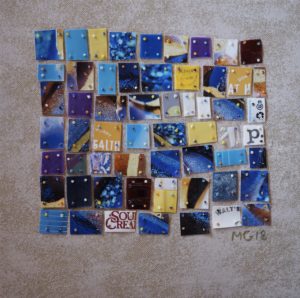 Marilyn Green has a degree in art education from Michigan State University.  She studied photography with Tom Halsted in Birmingham, MI.  Marilyn creates “quilts” with plastic found on local beaches combined with pieces of her photographs.  Her favorite lens is a macro.

“Transparent Wing” by Marilyn Green, below. 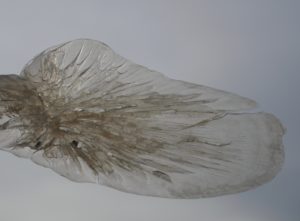