“Killer Culture: A discussion on our evolving understanding of cetacean societies.”

$5 donation at the door. 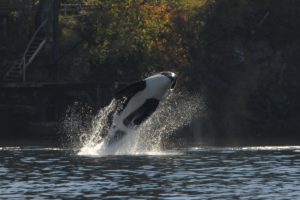 As part of the 15th Annual Whale and Jazz Festival happenings along the Mendonoma Coast through May, join cetacean researcher and Executive Director of Naked Whale Research, Jodi C. Smith, at Gualala Arts Center and journey beyond the basic black and white biology of killer whales to explore the idea of cetacean culture and the very human behavioral draw scientists have to study whales and dolphins. 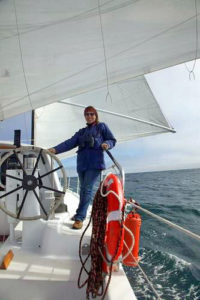 Jodi Smith is a cetologist who specializes in the behavioral biology of killer whales. Ms. Smith has spent the past 20 years studying the J, K and L killer whale pods that make up the Southern Resident population of the Pacific Northwest. Her research on vessel effects on killer whale behavior and habitat use helped to aid policy makers with the 2005 Federal endangered listing status of this populations under the U.S. Endangered Species Act.

Naked Whale Research is located on the Northern California Coast in Mendocino County. The location provides the opportunity to help fill in the data gaps of killer whale behavior during their seasonal travel between summer and winter habitats of the San Juan Islands in Northern Washington State and Monterey Bay, CA. 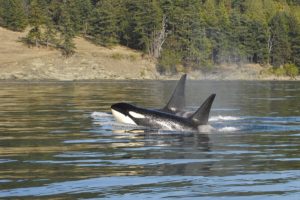 Given the lack of studies conducted between these distant points, Naked Whale researchers are excited to be positioned to enrich the research community by being on location not only to observe and report on these animals in-transit, but also to help extend the whale sighting network between Southern and Central California and Northern Washington.

Research of this top marine predator is important not only for the conservation of an endangered species, but for informing future risks to coastal human populations who share some of the same natural resources.

Admission is a $5 donation at the door.