In conjunction with Art in the Schools. Curated by artist Larain Matheson. Self images or expressions of one's truth. 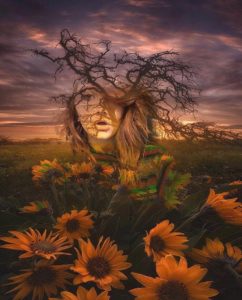 Artist Larain Matheson says the Truth Project came about after she viewed a documentary film, “Dishonesty, The Truth about Lies”.

“In a time such as this, where the eroding of truth seems almost acceptable in the political arena,” she says, “I wanted to work with local high school students to help them find a way to express what their own Personal Truth looked like.”

The video will be shown during the art opening and periodically throughout the exhibit.

The film presents the research of Yael Melamede and the stories of people who have been caught in their lies. It also explores, through behavioral experiments, the tendency for humans to be a “little” dishonest. Larain was inspired to follow her intuition, to pursue this project with the help of the art teachers at the local high schools.

“As we have heard, the Bible says,”The Truth Shall set You Free.” I was curious ‘What does “Truth” look like to these students?’  Getting a look at the Truth for each of us, opens dialogue among students for self-reflection,” Matheson said.

To get things started, Matheson showed the film to art students at Point Arena High School,  taught by Rebecca Hale, and at Pacific Community Charter High School with art teacher Drew Higgins.  Both teachers, who have been working to have students visually produce a piece of art, a self-portrait in whatever medium they’d like, to express and inform their own truth, were open and enthused about the project.  Students were told they could also produce a piece representing what their particular truth is.

“We told them ‘It may be realistic, abstract, political, or a cartoon drawing in form. Whatever it is, it will be authentic and, hopefully, original to you.’ ”  Matheson obtained a documentary from Teen Truth.com  that deals with teen issues: body image, bullying, alcohol and substance abuse, loneliness, parents and more, which students also viewed.  “This film, written and filmed by teens, asks the questions: Are you making a difference? What code do you live by? Do you stand up for the truth? Is your truth something you’ve hidden? These were the questions worth exploring through art and writing.”

“I am thankful for the  funding from the local chapter of the Soroptimists International of the Mendocino Sonoma Coast,  and a donation from artist and gallery owner, Craig Gilliland. We were able to buy art materials as well as offer a $25 honor of recognition to three artists for outstanding visual works. In addition, Yolanda Highhouse, the Director of PCCHS, and I opened the project up to students writing essays, songs , rap or poems,  with additional honors of recognition to be given to three writers,” Matheson said.

The film “Dishonesty, The Truth about Lies” will run during the exhibit in March at various times. As the curator of this show, Matheson says, “I highly encourage the community to come out and see the humanness and talents of local students and the Truths  they hope to share.” 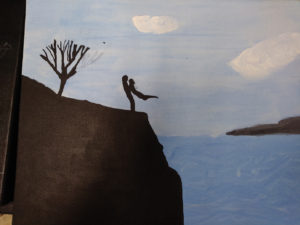 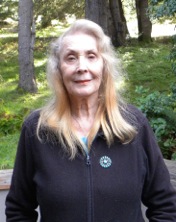 Larain is an artist and an educator. She has been an educator for all levels of school, from elementary to Jr. College for 22 years, before residing in Gualala,/Sea Ranch, where she presently lives with her husband, Ralph Matheson, a local building designer. She has been an active artist for over 35 years, and exhibits her work regularly at the Gualala Art Center, the Discovery Gallery. Dolphin Gallery, the Studio Discovery Tour, and in Santa Fe, New Mexico at the Encaustic Art Museum.The last 10 years she has been immersed in encaustic painting and has  been teaching painting workshops at her home.

As a regular substitute teacher in years past at Horicon and other local schools, she produced art exhibits. Student’s work was then shown with the Gualala River Run, sponsored by Action Network and held at the Gualala Art Center. Another exhibit she organized at Action Network, was, “Life, What Makes Me Happy”. Larain is dedicated to bringing out the best in people through their art.