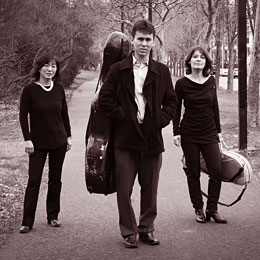 “Whenever this trio plays, drop everything and go hear them!” hailed the Boston Globe on the occasion of The Boston Trio’s Tanglewood debut at Ozawa Hall. Since their formation in 1997, the trio has quickly become one of today’s most exciting chamber ensembles. Acclaimed for their superb sense of ensemble and wondrous balance, these virtuosic and profound musicians are committed to creating exceptional and daring performances of standard and contemporary repertoire.

Violinist Irina Muresanu, cellist Jonah Ellsworth, and pianist Heng-Jin Park each have distinguished careers as soloist, recitalist, chamber musician, and have appeared with major orchestras and premier chamber music festivals throughout the United States and Europe.

Ms. Muresanu, who has appeared as soloist with the Boston Philharmonic, the Orchestre de la Suisse Romande, and other top international orchestras, is the recipient of top prizes at the Montreal International Competition and the Queen Elizabeth Violin Competition.

Ms. Park, who made her solo debut with the Boston Pops at the age of 15, is the founding member of the Boston Trio and founder and artistic director of Halcyon Music Festival.

This season, the trio will be featured with the Boston Philharmonic in performances of Beethoven’s Triple Concerto. 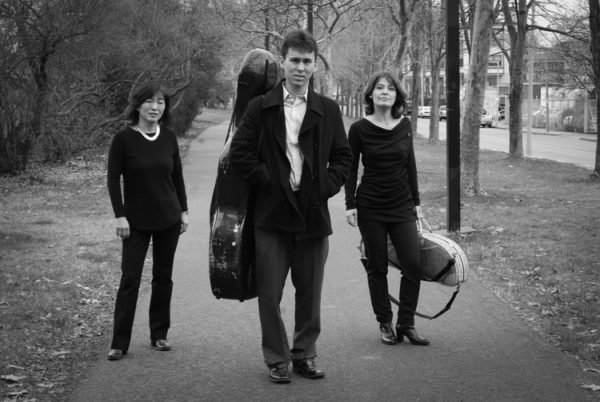 The Boston Trio has collaborated with such artists as the Borromeo Quartet and Bill T. Jones Dance Company and has been frequent guests on Boston’s WGBH Radio and NPR.

The individual members serve on the faculties of the New England Conservatory, the Boston Conservatory, Harvard University, and the Massachusetts Institute of Technology, and are in demand as master class teachers throughout the United States, Asia, and Europe.