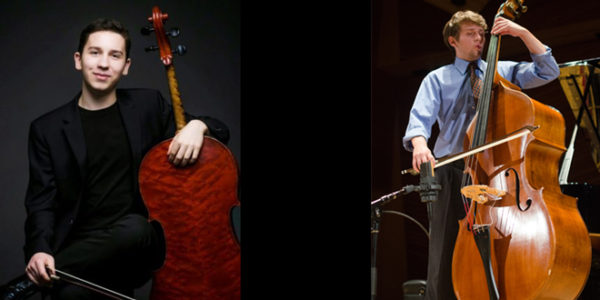 For the past 32 years, the Irving M. Klein International String Competition has attracted some of the world’s finest young string players to San Francisco each June to compete for cash and performance prizes.  For the January Chamber Music Series Concert, Gualala Arts welcomes two young performers from the Curtis Institute of Music in Philadelphia, Penn., Oliver Herbert and William Langlie-Miletich, both Gold Medalists in the Klein International String Competition.

Eighteen-year-old cellist Oliver Herbert is originally from San Francisco, where he played with the San Francisco Youth Symphony while participating and placing in numerous prize competitions across the country.   Herbert participated as a high school student in the prestigious Yellow Barn Music Festival and the National Youth Orchestra of the United States of America. His most recent competition awards include the first prize and Pablo Casals prize in the 2015 Irving M. Klein International String Competition, and the second prize in the 2015 Stulberg International String Competition.  He has captured the top prize in numerous competitions including the Spotlight Competition, the National YoungArts Foundation, Colburn Academy Concerto Competition, the Nova Vista Symphony Concerto Competition and the Felix Khuner Young Artist Competition.

Herbert currently is under the tutelage of Peter Wiley and Carter Brey at the Curtis Institute of Music. Before starting his studies at Curtis, Oliver was a student of Clive Greensmith at the Colburn School. He currently plays on a 1769 Guadagnini cello that belonged to famous Italian cellist Antonio Janigro, on generous loan from the Janigro family.

With a great interest in cello repertoire, Herbert strives to create innovative programs and to reach diverse audiences. He believes that music from all eras is relevant, and continues to search for connections between the past and the present through playing the cello. 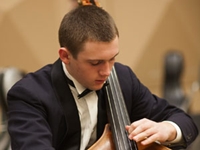 A dynamic performer of multiple genres, bassist William Langlie-Miletich, 19, got his start in music at the age of eight playing the riffs of Jimi Hendrix and Led Zeppelin on the guitar. Since picking up the double bass at the age of 11, Langlie-Miletich has had an extensive performance career in classical, jazz, and many popular genres of music.

Langlie-Miletich has soloed with the Seattle Symphony and has been a fellow at the Aspen Music Festival and School, where he performed on NPR’s From the Top. He attended Boston University’s Tanglewood Institute, was principal double bass of the Seattle Youth Symphony, and was associate principal of the inaugural National Youth Orchestra of the United States of America on its tour of Washington, D.C., Moscow, St. Petersburg, and London.

As a jazz bassist, Langlie-Miletich was recognized in 2014 at Jazz at Lincoln Center’sEssentially Ellington contest as an outstanding bassist. He has performed in the Montreux, Lyon, and Umbria jazz festivals.

Admitted to the Curtis Institute of Music in Philadelphia at age 16, Langlie-Miletich is the Milton Levy Fellow, and is in his second year of instruction with Harold Robinson and Edgar Meyer.