In the tastiest event of the popular Whale & Jazz festival, local chefs & cooks vie for the title of “Best Mendonoma Coast Chowder” in the 14th Annual Chowder Challenge.

The Pier Chowder House and Tap Room is coming back to defend their title!  Traditional and non-traditional chowders will be featured from professional and amateur chefs — anyone can win! 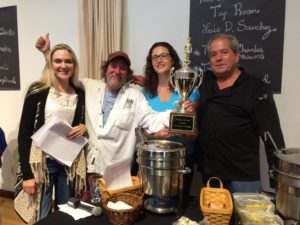 As per previous years, two categories will be judged, Traditional New England-sty 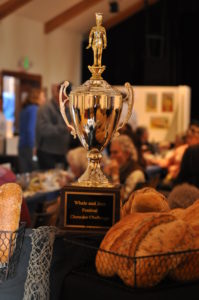 The Open Class includes but is not limited to Manhattan-style Clam, Crab, Shrimp, Scallop, Lobster, Abalone, Salmon, or any other seafood combination. Vegetarian Chowders such as corn or mushroom chowder are also eligible.

This year’s family-friendly midday event will have a Mardi Gras theme with beads, masks and celebrations! So, wear your Fat Tuesday attire and be ready for anything!

The Chowder Challenge is included as part of the Mendocino County Almost Fringe Festival this year, highlighting events and happenings throughout Mendocino County during the month of April. As part of the south coast happenings, Frog Song Farms at 40811 Eureka Hill Road and The Stone Foundation on Fish Rock Road will be hosting tours of their properties from 10 a.m. to 5 p.m. for a $6 entry free at each location. Maps and information can be picked up at Gualala Arts Center (while you’re tasting the chowders and enjoying the band!).

A highlight each year is the concert of traditional New Orleans jazz, this year performed once again by the ever-popular “Barnebey’s Hot Four” of Sonoma County, returning to the Gualala Arts Center for the tenth straight year. The repertoire for the afternoon will include old favorites, the resurrection of some obscure musical gems from the golden age of jazz, and probably a few surprises for musicians and listeners alike, all in the tradition of the Big Easy. Those wanting to work off their chowder tasting with dancing will find themselves toe-tapping and boot-stomping as the infectious beats of New Orleans pushes them towards the dance floor!

Tom has been in trad jazz since the 1960s, when he began playing banjo and piano in pizza parlors around the Los Angeles area, and cornet with the then newly formed Jelly Roll Jazz Band. After moving to Sonoma County, he led the well regarded Jazz Salvation Company for 20 years. A highlight on the JSC’s sch

edule in last nine of those years was the annual Dixieland by the Sea concert in Gualala.

Tom is the currently the cornetist with the Zenith Jazz Band, leads a Roaring Twenties style

quintet called “Beyond Salvation Jazz Band,” and fills in on various instruments with other trad bands in the Bay Area. 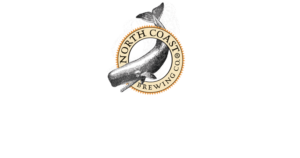 Special thanks to Chowder Chicks and Tuesday Guys

Tickets are $20 in advance; $5 more day of the event and includes commemorative wine or beer glasses and 15 chowder-tasting tickets, complete with hot bread fresh out of the oven and beverages, including local fine wines and microbrews as well as soft beverages. Additional tasting tickets will be available onsite for $1 each. Free admission for music only.