Making It to Broadway

Local Eyes Presents: An Evening of Songs, Monologues and Stories

Join Broadway actor/singer Geoffrey Blaisdell with Gualala Arts’ own Don Krieger on piano as they explore what motivates someone to want to become a Broadway actor.

This collection of songs, theater monologues and quotes from Broadway stars (and the not-so-famous who actually did make it to Broadway) pondering their own motivations to dance and sing on the boards of Broadway promises to be not only entertaining but possibly inspiring and maybe even surprising, Krieger said.

The show features hits from the shows “Les Misérables,” “On the 20th Century,” and “America’s Sweetheart’,” and songs by Cole Porter, “Yip” Harburg, George and Ira Gershwin, and Randy Newman; monologues from Shakespeare, Tracy Letts, Sam Shepard and Peter Schaffer.

Blaisdell, who now resides in San Rafael, Calif., has had a varied and serendipitous Broadway career.  He got his first union acting job in 1989 playing Horace Greely in “Susan B!” which made a four-month tour of the East Coast and the Midwest.  He then spent two years in New York City acting in various musicals before returning to San Francisco to resume his career as a rock singer.

But the rock world would have to wait, as Blaisdell then landed a job two months later in the Broadway touring company of “Les Misérables” in February 1990.  Over the next three years he played six different roles in “Les Mis,” including Javert and Thénardier.

Blaisdell was an original company member of the “Jekyll and Hyde” Broadway national touring company playing the roles of Spider and Lord Savage in 1999.  In late 1999 he flew to London to rehearse with Sir Peter Hall and Peter Shaffer for the 20th anniversary revival of “Amadeus”, which premiered in Los Angeles at the Ahamanson Theater and then moved to the Music Box Theater on Broadway for its 1999-2000 run.

Blaisdell performed the role of one of the blues singers in three productions of “MASS” by Leonard Bernstein — The Vatican in Rome, Carniege Hall in New York City, and with the Dallas Symphony Orchestra in Dallas, Texas.

In 2005 he joined the company of players at the Oregon Shakespeare Festival for two seasons, performing in “The Winters Tale” by William Shakespeare, “The Philanderer” by George Bernard Shaw and “The Importance of Being Earnest” by Oscar Wilde.  While at OSF, he was hired by Blackstone Audio to record audio books, which he did until 2012. 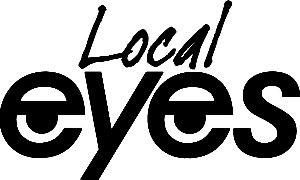 Tickets are $20 advance, youth 17 and under $10, $5 more day of performance;
Tickets will be available soon.