In a special concert

Valentine’s Package: Available in person only at Gualala Arts Center. Additional $20; includes See’s candies, champagne, and reserved seating for two and a Gualala Arts embossed card with a message for your Valentine. 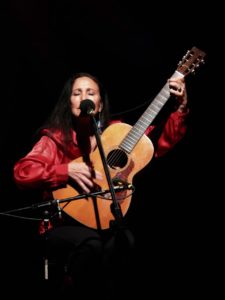 Born in California, of mixed Mexican and Native American ancestry, Julie Felix has been a major British folk music star since the early 1960s.  Arriving in England after hitchhiking across Europe in 1964, Felix became the first solo folk artist to be signed to a major British record company, Decca. Her first album and the single “Someday Soon” were released that year and she began headlining throughout England in the years to follow, performing and collaborating with musicians from Cat Stevens to Leonard Cohen to John Paul Jones.

After years of touring and television, Felix moved back to California in the 1980s to take a break from the music world, studying yoga, meditation and healing. In the late ‘80s she participated in a peace march through Central America. Witnessing the suffering of the indigenous peoples of Latin America inspired Julie to start singing again.

Returning to her house in Hertfordshire, England, Felix began singing for Latin American refugees, for women’s and gay rights and for peace projects including protests against the war in the Gulf. She established the first New Age Folk Club, The Magic Messenger, providing a platform for budding musicians and poets. In 1989, Julie created the Remarkable Records label and released Bright Shadows, her first album for 10 years. In the 90s she set up Goddess Tours, arranging trips and pilgrimages to sacred sites throughout Britain, Turkey, France and the American Southwest. Her music is constantly evolving and growing and she has produced more than twenty albums, several of which have been re-issued by RAK record. 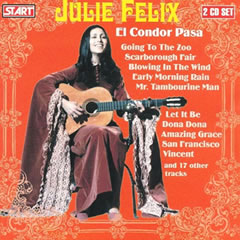 In June 1998, Gemini Julie celebrated 35 years as a professional singer and 60 years of life; a life blessed with music, magic and adventure. In 2002 Julie brought her admiration of Bob Dylan’s writing to the fore by releasing her double album on Remarkable Records Starry Eyed and Laughing – Songs by Bob Dylan. Supporting musicians included John Paul Jones and Danny Thompson, and the album featured contributions by such luminaries as John Renbourn, Ed Frost, Gareth Turner, Kiki Dee, Carmel Luggeri, and, back with her again at Hammersmith, P.J. Wright. Tracks were engineered by Dave Swarbrick.

In the words of Steve Harley: “There are those among us who just have to play and sing; to whom there can be no question of quitting; to whom their work is not a job, but a calling.  Julie Felix is one such musician… What began for little Julie as simple home entertainment, as her father and his friends played Mariachi music into the small hours of the morning, has actually been this remarkable woman’s profession for nearly 50 years.  It’s a tough business, music.  Only the good and the genuine last the course.” 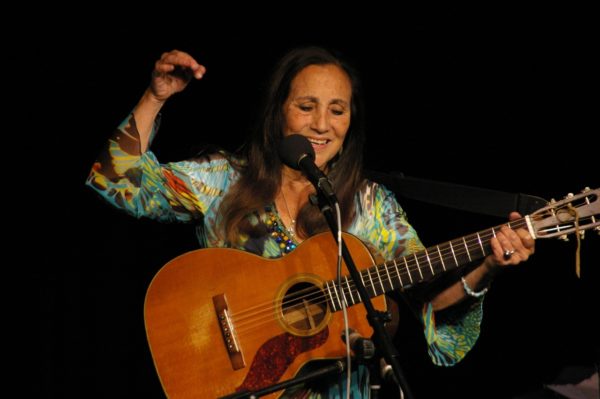 The Valentine Package must be purchased in person at Gualala Arts Center. 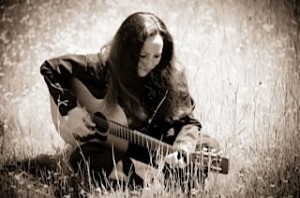