The Gualala Salon is made possible by the generous donations of
Jack Chladek, Sharon Nickodem, and other notable sponsors.

Gualala Salon & Salon des Refusés: The Gualala Salon exhibit is a juried and judged fine art show. The purpose of this exhibit is to showcase outstanding visual art and artists without regard to the type of media. Three prizes for artwork in the Gualala Salon will be awarded by the judge as follows: First Place $1,000, Second Place $750, Third Place $500.

All work submitted will be juried by the judge into the Gualala Salon (accepted work) or the Salon des Refusés (rejected work). Accepted work will be exhibited in the Burnett Gallery and will be eligible for the First, Second and Third Place awards. Rejected work will be exhibited in the Elaine Jacob Foyer and elsewhere throughout the Gualala Arts Center, and will be eligible for the People’s Choice Awards of $100, $75, and $50. Every visitor to the exhibition will be asked to vote for three favorite pieces in the Salon des Refusés.

In this way, all art submitted and all artists will be represented in the exhibit, either in the Gualala Salon proper or in the Salon des Refusés. In addition, there will be a special Judges Award of $100 for the best work by an artist under eighteen years of age.

Attendees at the opening reception for the Gualala Salon and Salon des Refusés will get to eat the cakes from the Let Them Eat Cake! Fine Art Cake Contest and wash their cake down with free champagne.

This year’s art work submitted for acceptance into the Salon will be judged by Michael Newhall, artist and teacher. Art works “refused” into the Salon (Burnett Gallery) will be exhibited throughout the Art Center and Elaine Jacob Foyer.

Three prizes will be awarded by the judge to art accepted into the Salon – 1st prize $1,000, 2nd prize $750, and 3rd prize $500. In addition to the judge’s awards, every visitor will be asked to vote for their favorite Salon des Refuse art piece. The “People’s Choice Awards” are 1st prize $100, 2nd prize $75, and 3rd prize $50. A special judge award will be given for the best work by an artist under 18 years of age. 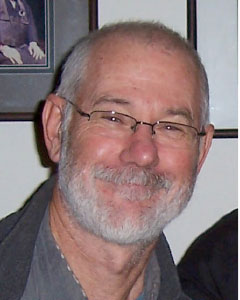 Currently, Michael is the senior resident teacher at Jikoji Zen Center located in Los Gatos, California. He is frequently asked to teach at other Buddhist centers in the United States and Europe. He has an art studio at Jikoji along with his main and larger studio in Milwaukee, Wisconsin. He has also worked as an illustrator and designer.

His extensive resumé includes having almost twenty solo art exhibitions and participated in dozens of group shows in seven states. He is represented by two galleries; one in Colorado and the other in Wisconsin. Michael is now preparing for a solo show at Grohmann Museaum featuring his large oil paintings of “Milwaukee City Landscapes.” Many people may recognize his art published in Shambhala Sun (now Lion’s Roar) and Buddhadharma magazines, which showcases his art routinely.

When asked what is his favorite medium, he typically responds with, “I love them all, especially the one I am working with at the moment.” He always has a sketchbook in his pocket, plays with watercolors often, creates prints, ceramics, and assemblages, and usually has an oil painting in process. His appreciation and knowledge of all types of art media make him a well-suited judge for the Salon.

Michael is looking forward to coming back to Mendonoma; he has not been up here since he taught life drawing at the Mendocino Art Center a few years back. To learn more about Michael, go to www.michaelnewhall.com.