Members $85, Non-members $95; plus $10 materials fee to instructor, all materials provided

Register by: October 7, 2016. Payments can be refunded until the “sign-up by” date of October 7; after that date, no refunds will be given.
Download: Jerardo Tena materials 2016 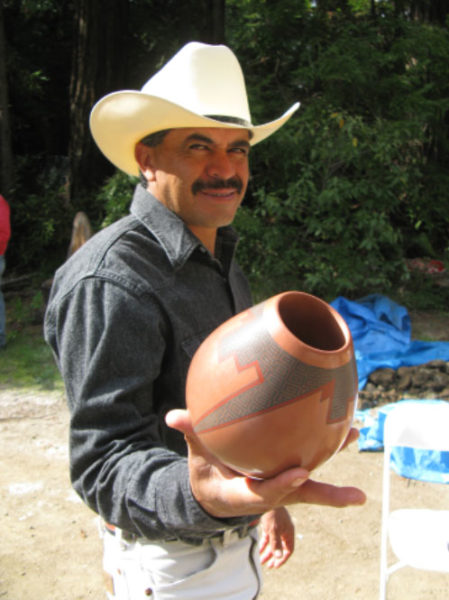 Join Master Potter Jerardo Tena to discover or hone the pottery techniques of Juan Mata Ortiz, Mexico. Internationally recognized for their pottery, the potters of Mata Ortiz have revived the ancient art of the Paquimé people, a civilization that flourished in the area 600-800 years ago. What was once a struggling pueblo has since become a community of fine ceramic artists renowned the world over.

Attendees will observe Tena making an olla using a coiling & pinching method used by the potters of Mata Ortiz, and will watch as Tena sands, burnishes and paints the ollas using human hair brushes. Tena will then guide participants through burnishing, painting, and firing techniques used in Mata Ortiz to create “ollas,” or pots using small pots provided from Mata Ortiz. While participants are working on decorating their pots, Tena will fire a pot he has decorated.

The workshop will include a media presentation about the potters in Mata Ortiz and how they initially attempted to duplicate the pottery of the cave-dwelling Paquimé Indians who lived in the area centuries earlier. Joann Cassady, a well-known potter from Healdsburg, will accompany Tena and act as his translator if necessary.

Tena hails from Juan Mata Ortiz, less than 100 miles south of the U.S. / Mexico border. The pueblo is internationally recognized for their pottery which is made entirely by hand. The clay is collected in the surrounding areas, processed by hand, and sculpted into forms using a coiling and pinching technique. After drying, the ollas are sanded, burnished with a polished stone and then painted with natural oxides using only a human hair brush. They fire their ollas using either cow dung or wood in a single firing that lasts 30-45 minutes, depending on the color of the clay. 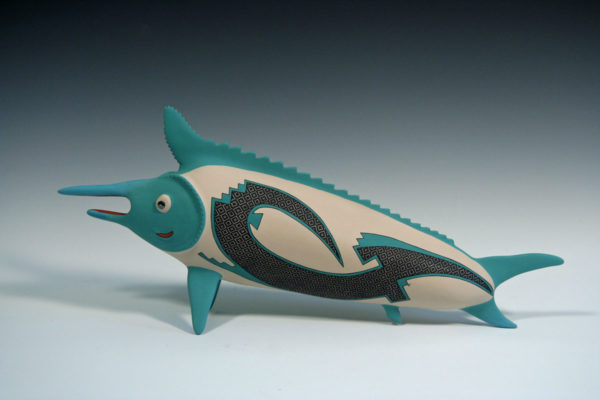 Jerardo is known for his miniature, animal and effigy figures. He has shown at the Jesse Peter Museum in Santa Rosa, CA, the Hearst Museum of Anthropology at the University of California Berkeley, and many other locations in the U.S. He has given classes and demonstrations at the Sonoma Community Center Ceramics Department in Sonoma, CA, Clay Planet in Santa Clara, CA, the Healdsburg, CA studio of Joann Cassady, Walnut Creek Civic Arts Center Ceramic Department in Walnut Creek, CA, Diablo Valley College Ceramics Department in Pleasant Hill, CA, Richmond Art Center, Richmond, CA and Santa Rosa Junior College, Santa Rosa, CA. 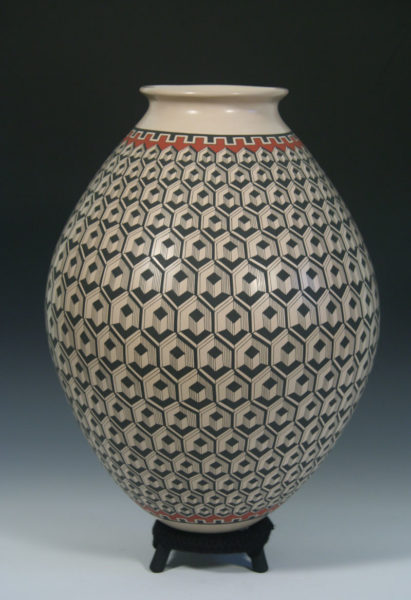