The July 2016 exhibit at the Dolphin Gallery features Barbara Kelley and Ling-Yen Jones. The opening night reception is on Saturday, July 2 from 5:00 p.m. to 7:00 p.m. and the show runs through Sunday, July 31.

This show marks the fifth time Barbara Kelley has exhibited her monotype prints and original paintings at the Dolphin that she has created at her Moon Catcher Studio on The Sea Ranch or at her second work space in the Sonoma wine country. 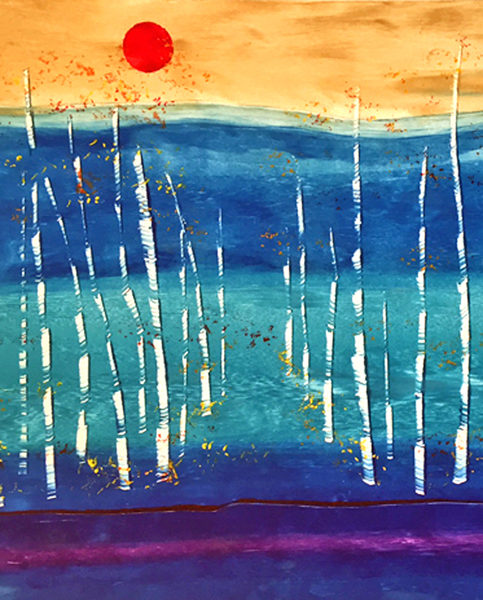 Talking about her pieces, Kelley says, ”The central intention of my work is to create visual reflections of universal themes. I strive to create a visual language that is both evocative and straightforward.”

Kelley grew up in remote Alaska where her first bassinet was the top drawer of a dresser which may explain her search for new frontiers to explore and her desire for experimentation. For example, she may employ found objects such as leaves, sea weeds, bird feathers, even snake skins in her prints. She also creates encaustic paintings, employing a hot wax technique that dates to ancient Egypt and is difficult to master.

Her experiences living in Alaska, New Mexico and along the Pacific coast as well as contacts with other cultures, particularly Japanese and Chinese experiences, inform her artistic vision. Critics have noted that her prints exude ”the simplicity reminiscent of Chinese and Japanese art, frequently evoking a meditative sense of inner calm.” This influence can be seen not only in her landscapes but even in her “Shorebird” collection. 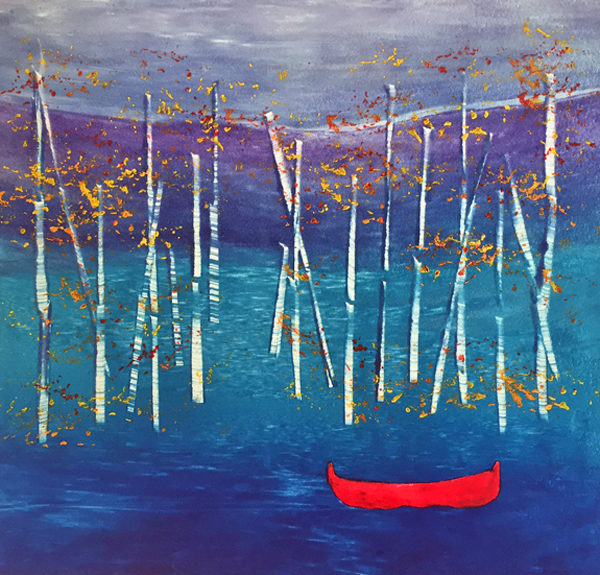 Much of her oeuvre involves themes she revisits over a number of years. The series “Atmospheres” began over fifteen years ago in 1999 after she took painting classes with Joel Werring, Art professor, FIT, New York and Boston University, and Fellow in painting at the Guggenheim Memorial Foundation. This series and other examples of her work can be found on her website, www.mooncatcher.info.

In the 1980s, after completing a Bachelor of Arts degree with coursework from UC Berkeley and Cal State, she began exhibiting her work in local galleries while continuing her studies in college classes specializing in printmaking and painting. Today her works are in both public and private collections in Australia, Canada, Europe, and throughout the United States.

She is a member of the California Society of Printmakers, the National Museum of Women in the Arts, the Cultural Council of Sonoma County, and past president of the North Coast Artist Guild. 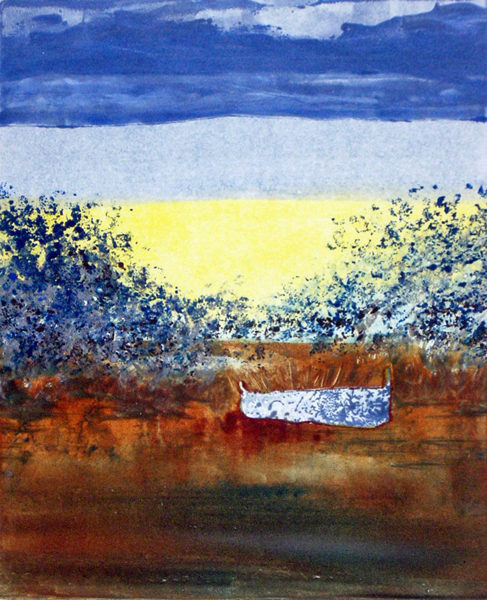 Joining Barbara Kelley in a two-person show for the second time in three years, Ling-Yen Jones shares her personal vision of jewelry as not just ornamentation, but also as an artistic statement and symbolic representation of both the personal and the universal experience we all share. Each hand-crafted piece is a one of a kind creation, even when it is part of a series with repeated motifs. 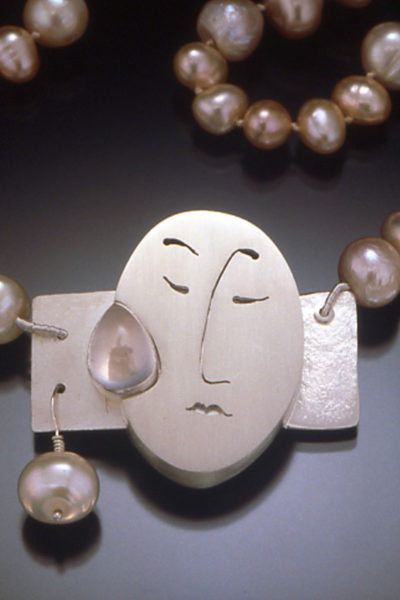 Jones defines jewelry as creations “which are useful, artistic, symbolic expressions of a personal idea.”   She wants her work to represent various themes such as new beginnings, changes, hope and personal growth. A brief survey of her extensive collection at her online virtual gallery confirms that she lives up to that ideal.

Jones works with sterling silver, copper, gold, pearls and colored stones. Her reasonably priced work is immediately recognizable to many because of the clean shapes and repeated motifs including leaves, birds and windows. The effect of the jewelry when worn is subtle and dramatic at the same time. 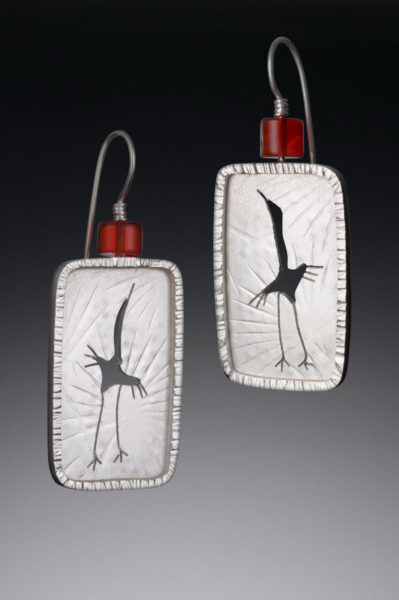 Although many pieces incorporate traditional Asian influences, such as the cranes and Chinese chops, she also echoes the modern emphasis on simplicity and abstract lines. For example, the feminine, graceful and romantic scenes of Ukiyo-E Japanese art inspire the Asian-like faces that incorporate both elements. In their understated simplicity, they also echo some of Picasso’s use of primitive art.

Refining her skills for well over a decade as a jewelry designer on the Mendocino coast, Jones first studied her craft at Humboldt State University with David LaPlatz and later at Monterey Peninsula College. She also attended various Mendocino Art Center workshops and assistantships. She devotes her time to working at her company, Ling-Yen Designs.

The extensive number of shows and exhibitions in which Jones has participated and a list of the awards she had received appear on her website. She serves as manager of Coast Highway Art Collective, is a member and volunteer at Gualala Arts, a member of Monterey Bay Metal Arts Guild, and a member of the North Coast Artist Guild. Her jewelry is also available at the Etsy on-line store via her website. 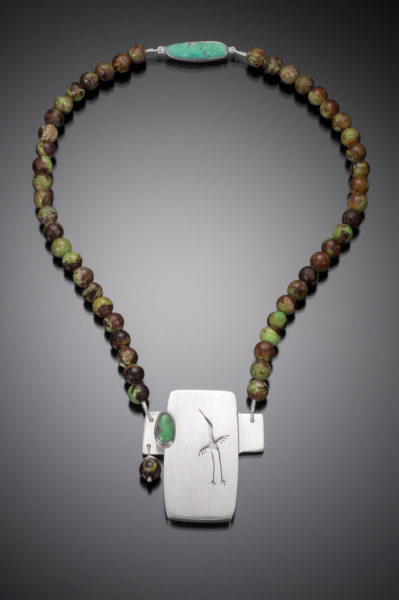