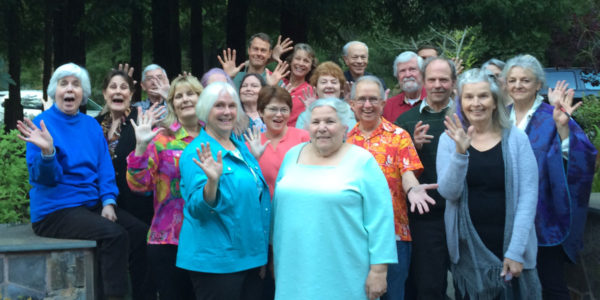 The Coastal Singers will perform their Spring Concert, “Something Wonderful,” on Mother’s Day, Sunday, May 8, 2016, at 4 p.m. at the Gualala Arts Center. The choir will be conducted by Christina Chapman and accompanied by Don Krieger on the keyboard. Joining the choir will be their special guests, the Ernest Bloch Bell Ringers, conducted by Jeanne Jackson.

This year, the majority of the songs the choir will perform will be from the 1950s and 1960s. In a nod to Rodgers and Hammerstein, there will be a medley from The King and I. Leonard Cohen’s, “Hallelujah” promises to be a crowd-pleaser, as will a toe-tapping a cappella Beatles hit, “I Feel Fine.” Bacharach’s “Look of Love” will have the audience snapping their fingers.

Smaller vocal groups will perform before the intermission.  Sita Milchev, Cassy Grossman and Haidi Calkins from the Redwood Tree-O will perform “Three Friends.”   Mimi Dallas and her newly formed group, the Coastalettes, will make their debut performing “Mr. Sandman “and “Lollipop.” 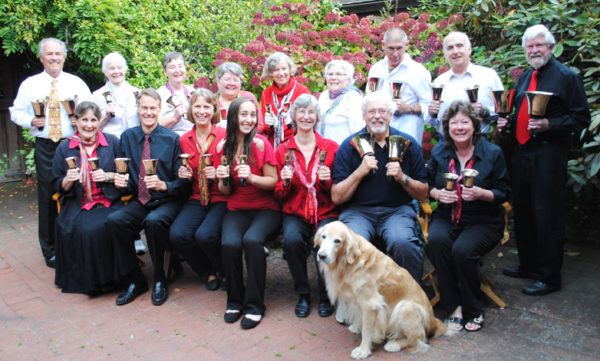 The Singers will join the Ernest Bloch Bell Ringers in an arrangement of Pachelbel’s Canon in D. The Bell Ringers will surely dazzle the audience with five more pieces, including, “My Heart Will Go On” and the theme from “Ice Castles,” featuring a solo from Sita Milchev. Jackson promises an audience sing-along.

Choir conductor, Christina Chapman, comments “there is a theme of romance and a sense of the care-free era in the music selections.” Growing up in the ’50s, Christina says, “there was a time of innocence and empowerment. We grew up with a feeling that we could do anything, that we could change the world.” The words from The King and I evoke that feeling in the phrase, “Then all at once, he’ll do something wonderful.” At that time there was a feeling that greatness could be achieved by hard work and a love by your side.”

The Coastal Singers, a group of 25 adults, have been singing together in various configurations for over 30 years. Singers live as far north as Irish Beach and as far south as the Sea Ranch. Chapman volunteered to conduct and direct the choir in the fall of 2015 when the group lost their previous director. With the experience of singing in a church and school choir since 4th grade, and recently retired as the Point Arena School District Nurse, she thought to try her hand. This season the group has the special benefit of Sita Milchev as the vocal and musical coach. Sita has brought her many years of professional experience to the group and has shared many pearls of wisdom. “When this choir gets together, joy and excitement abound,” says Chapman. “It really is something wonderful!” Bring your mothers to this concert: they will leave with smiles on their faces.

Tickets are $10 Advance, $5 more day of performance; youth 17 and under admitted free. 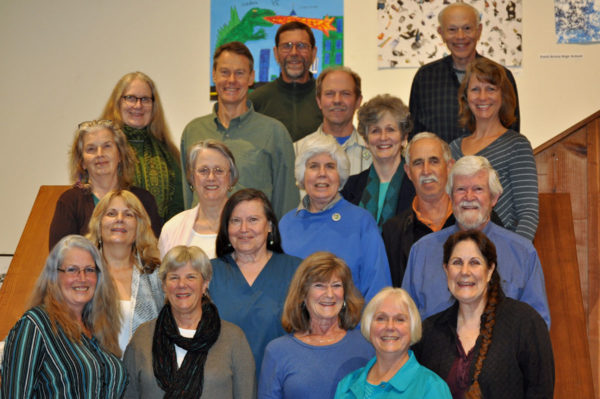