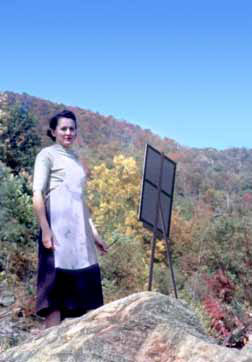 Charlotte Burnett, long time Sea Ranch resident and one of the senior founders of the Gualala Arts Center, died peacefully of natural causes on December 17, 2015 in Alameda, California. Charlotte was 96 years old. Her husband Rex Burnett passed away in May of 2004. The public is invited to join in the celebration of Charlotte’s life on Saturday, March 5, 2016 at 1:00 pm. at the Gualala Arts Center Coleman Auditorium.

Charlotte’s artistic career included architectural design, as well as technical and graphic art for the aerospace industry. Charlotte was an accomplished painter and computer digital artist whose works were inspired by her many travels and by her own imagination.