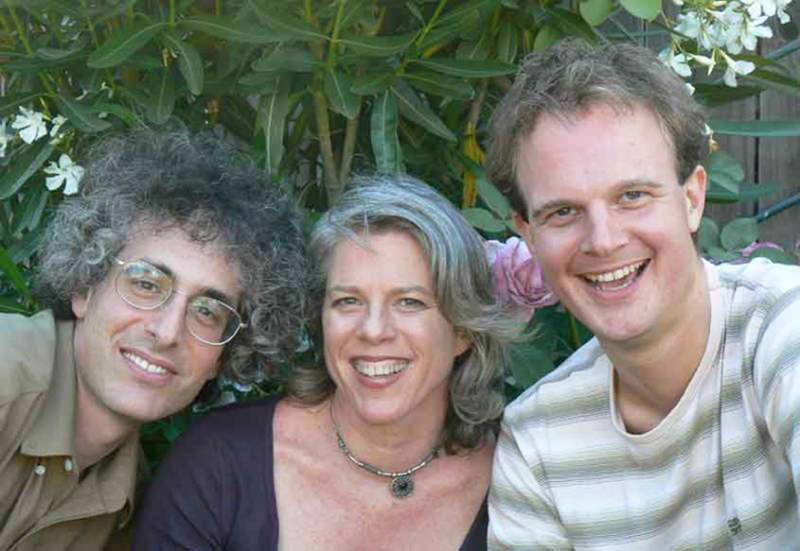 Cellist Tanya Tomkins and pianist Eric Zivian have been part of the Gualala Arts Chamber Music family since 2002. Violinist Axel Strauss made his Gualala debut soon thereafter. These world-class artists delighted Gualala in 2009 and again in 2012 with memorable performances, and are back for 2016 to present another extraordinary concert.

Chamber musician and soloist Tanya Tomkins specializes in both modern and Baroque cello. In addition to her current position as co-Principal cellist in both the Portland and Philharmonia Baroque orchestras, she has performed as a soloist with various orchestras and festivals throughout the world. Of special recognition are Tanya’s performances of the Bach Suites on Baroque cello. In addition to recording the Suites for Avie, she presented all six in one day for the Library of Congress, the Da Camara Society in LA, and the Vancouver Early Music Society. She also performed the Suites on recitals at Le Poisson Rouge and Caramoor. Tanya has performed chamber music at Concertgebouw’s  Kleine Zaal, Lincoln Center, the 92nd St Y, San Francisco Performances, Music in the Vineyards Festival, the Moab Music Festival and Houston’s Da Camara Society. In the San Francisco Bay Area, Tanya is a member of the Left Coast Chamber Ensemble, which presents unique programs combining traditional and contemporary repertoire.

Together with pianist Eric Zivian, Tanya is co-Founder and Artistic Director of the new Valley of the Moon Music Festival in Sonoma. She also founded Benvenue House Music, a chamber music house concert series in the Bay Area. Both of these organizations have Apprentice Programs that help to further the careers of emerging musicians. Tanya is on faculty at the San Francisco Conservatory of Music.

Eric Zivian is a member of the Left Coast Chamber Ensemble, as well as STZ, and has performed with the Empyrean Ensemble, Earplay, and Alternate Currents. He is a frequent guest artist on the San Francisco Conservatory’s faculty chamber music series.

Axel Strauss currently serves as Professor for Violin and Chamber Music as well as Chair of the String Area at the Schulich School of Music of McGill University in Montreal.