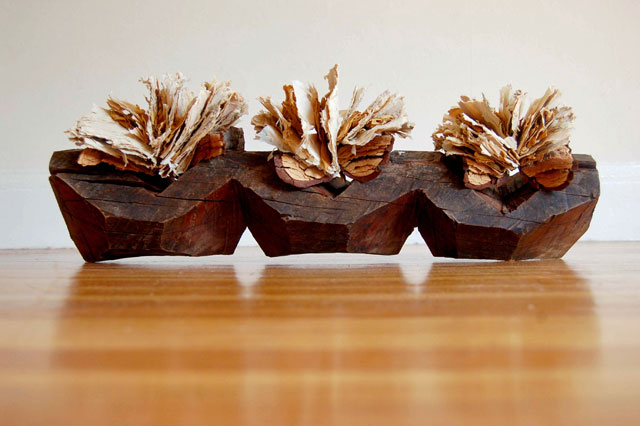 Peter Suchecki and Lauri Twitchell are a collaborative team. Their process is polyrhythmic and spans a variety of media: books, sculpture, performance, video and sound. They draw their materials, ideas and inspirations from a deep experience working and being outdoors in the landscape. Patterns, texture and rhythms from the natural world inform their process and are illuminated in the variety of works they produce: Gestures of sticks empathetically take on a feeling of human animation; the texture of bark feels as if it is a text revealing something hidden in trees; and drawings with rock impressions create a natural system of measuring space. They seek to evoke and bring awareness to the powerful transformative events and feelings that nature reveals.

Peter Suchecki is an artist who works in many media. He received a BA in History from Trinity College, a BFA in Printmaking from the Portland School of Art, and an MFA from Indiana University. He has been a professor of printmaking, a videographer for NASA researchers, and is currently co-owner of REDSTARTstudio, a landscape design/build company based in the Bay Area. 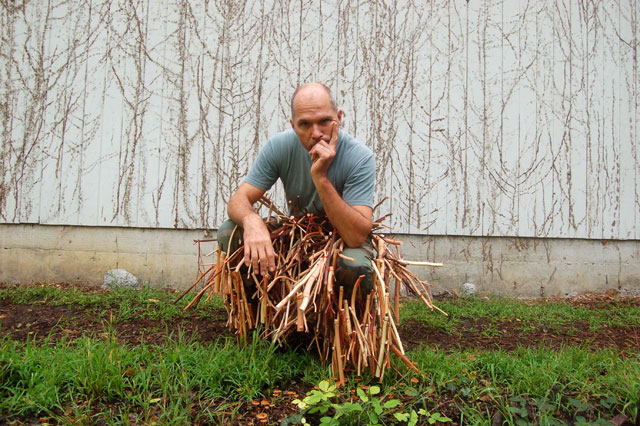 Lauri Twitchell has a BFA in painting from the Portland School of Art, an MFA in printmaking from Indiana University, and MLA from UC Berkeley. She has taught printmaking, drawing, and worked as a School Garden Specialist for under-served schools in the East Bay. Currently she manages Blake Garden, a landscape laboratory for the Department of Landscape Architecture and Environmental Planning at UC Berkeley. 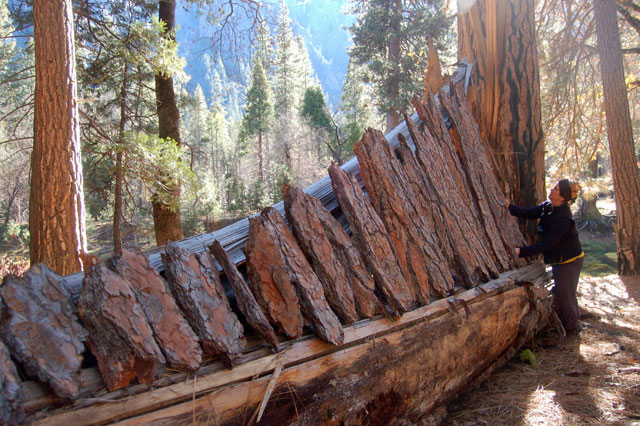 Artists’ Statement:
Reflections about the process of working

The cyclical nature of maintaining and controlling designed outdoor spaces and gardens where Nature is in constant production is a primary inspirational source for our creative process and studio practice. The activities of moving mulch, digging in clay, pruning stump sprouts, sifting compost and pulling weeds are iterative labors that stimulate the thoughts that underpin our artworks and yield the materials out of which they are made. These labors serve the larger purpose of maintenance, but they also create windows of opportunity where immediate instinctual decisions can be made, such as: preserving a section of a pine branch that has a dynamic anthropomorphic gesture caused by wind shake or saving the fragile papery bark that has fallen from the Melaleuca Tree. Later in the creative chain the pine branch becomes the armature for a sculpture and paper bark is sewn into pages for a book. Removed from the cycle of decomposition and decay and placed into new contexts the materials maintain their natural essences while acquiring new improvised meanings. 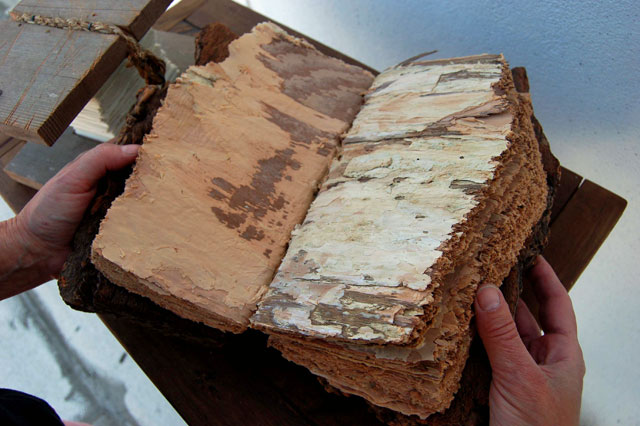 The book form is informative, and lends itself to the feeling of non-fictional authority and rich story telling. The books are designed and built so that the “text” expands beyond its covers, sometimes bursting out and sometimes slowly unfolding into simple shapes of circles, squares and lines. The inside text is made up of the notations of bird songs, drawn perimeters of trees, the patterns of tree bark, or impressions of rocks in a path. The books catalogue through maps and texture the stories of interactions with the natural world.

The collages began as scores for a sound performance with wearable sound sculpture pants made from acacia and bamboo. In the collages “woods” and “water” are represented by sticks, woodcuts and other found materials. While performing the scores it was soon discovered that the scores were too distracting to follow. As well, expectations were set up that made the performance too self-conscious and too much about entertainment. We then decided that the pants would simply become sonic garments to be worn while out for an urban stroll. 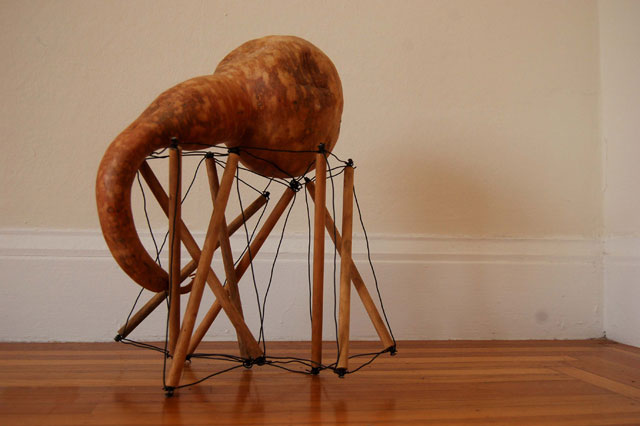 The sculptures are animated characters with both human and animal characteristics. Their associations and emotional contents run a gamut from the humorous and pathetic to the overtly sexual to the vulnerable. Playful and improvisational in nature the methods of construction mirror the methods of landscape maintenance, and involve techniques of wrapping, hewing, cutting, bundling, stacking, digging and clipping.

Through our work we seek to evoke and bring awareness to the powerful transformative events and feelings that nature reveals. As the human understanding and experience of Nature becomes ever more digitally mediated — if not cybernetic — and distanced from direct kinesthetic interaction we see our work as a prompt to remind the viewer, and ourselves, that we are just an extension of Nature.

See more about Peter and Lauri at Redstartstudio.com. 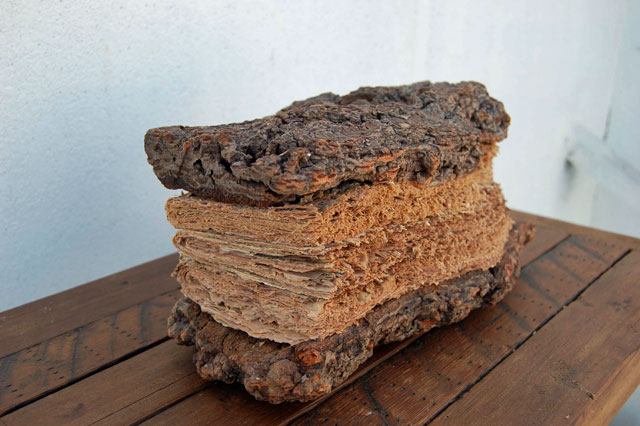