$20 advance, $5 more day of performance, youth 17 and under free with adult 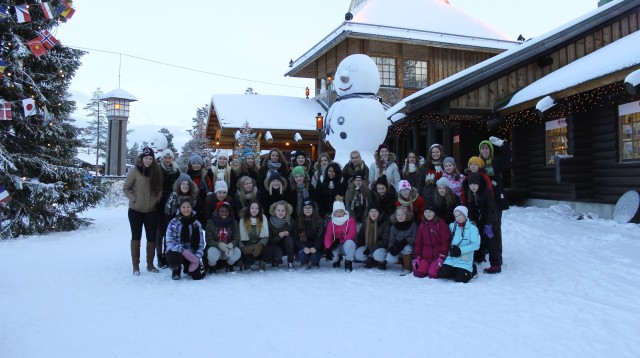 In this concert you can reach the Nordic atmosphere, imagine the sounds of the Northern Lights as well as experience the rough shamanistic singing style of the Sami people, the only indigenous people left in EU area. The young, pure voices of Vox Aurea choir illustrate the peaceful landscape of their country with great forests and over 170,000 lakes. The program consists of traditional music as well as modern art music – especially composed by the choir’s previous conductor, Pekka Kostiainen.

The Vox Aurea choir from Jyväskylä, Finland consists of 50 singers aged 11-18 selected by means of auditioning. Many of its members are drawn from the special music classes system run in Finland. In PISA research they have rated Finnish school system very high – some researchers found one reason for the overall success be in the valued music education system in the schools. The Vox Aurea has been one of the top choirs in Finland almost 50 years. The choir has been awarded in various national and international choir competitions and festivals and it has made many recordings, with their latest four CDs recorded for the Alba Records company. Vox Aurea’s repertoire consists mostly of traditional and modern choral art music and traditional music of different cultures. The choir has as well specialized in the compositions of its previous conductor, Pekka Kostiainen. Experimental attitude towards overall expression is one important part of this choir’s identity as well as a warm team spirit. The group has performed three times in the Golden Gate choral festival in San Francisco and the group has really fallen in love with California!

Vox Aurea was founded in 1968 and its first conductor was Torsten Lindfors. His successor, Kari Ala-Pöllänen, was appointed conductor of the illustrious Tapiola Choir in 1994. Under Pekka Kostiainen from 1994 through 2009, the choir continued to excel in varied and demanding repertoire with the emphasis being on modern works, most of them composed by Kostiainen.

Vox Aurea choir gives its singers an opportunity to practice singing under professional guidance, and it also develops them to perform at an international level. Singing in Vox Aurea means goal-directed, long-term work. Working under professional guidance supports the growth of these young people and develops their musical skills. For many singers of Vox Aurea music has become a profession, or at least a lifelong hobby. 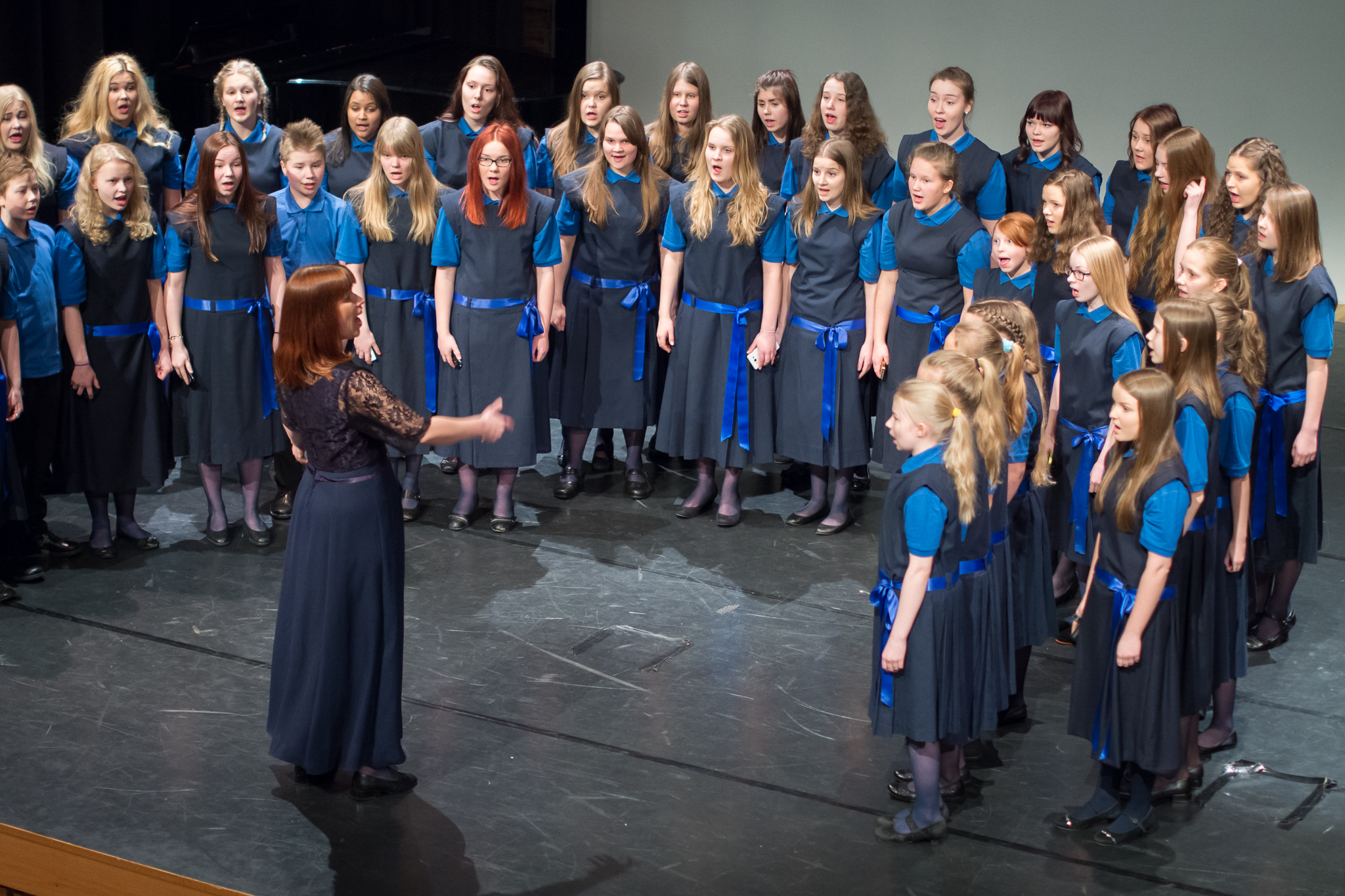 The choir has had concerts all over the world and has fascinated audiences in the USA, Canada, Germany, Belgium, Japan, Greece, South Korea, Latvia and Spain. The choir has recorded both classical and very demanding modern choral music.

Salminen works as an assistant professor in Music Pedagogy under the Department of Education at the University of Jyväskylä. She graduated with a master’s degree from the University of Jyväskylä in 2000. Her main subject was Music Education and during her studies she specialized in conducting and multicultural music. She has performed and led various instrumental and vocal groups, for example medieval and renaissance music, Thai music, Arabic music, Klezmer music, Finnish folk music, classical music and pop music.

Salminen was the voice trainer and assistant conductor of Musica Chamber Choir and Vox Aurea Children’s Choir from 1998 to 2006. She also started and conducted Ruamjai youth choir from 2000 to 2009. Sanna Salminen has worked as a researcher and a teacher in a co-operation project with the Department of Music in South Africa since 2000. Her licentiate thesis from the field was completed in 2004. Salminen’s main instruments are the viola, the violin and the medieval fiddle. She has worked as a researcher and a teacher in developmental co-operation projects in South Africa, and is also known for making school music books, arrangements and compositions. Salminen started conducting the choir in 2009. She brought new things, for example a lot of multicultural influences, to the repertoire of the choir. Salminen has also worked as the conductor of Ruamjai Youth Choir, which she founded in 2001 from older singers of the Vox Aurea Choir. Ruamjai Choir was selected the Youth Choir of 2009 by the Finnish Broadcasting Corporation.

“Anyway, the best job in the world is conducting a youth choir: young people are able to sing anything if you don’t tell them that it’s difficult,” she says. 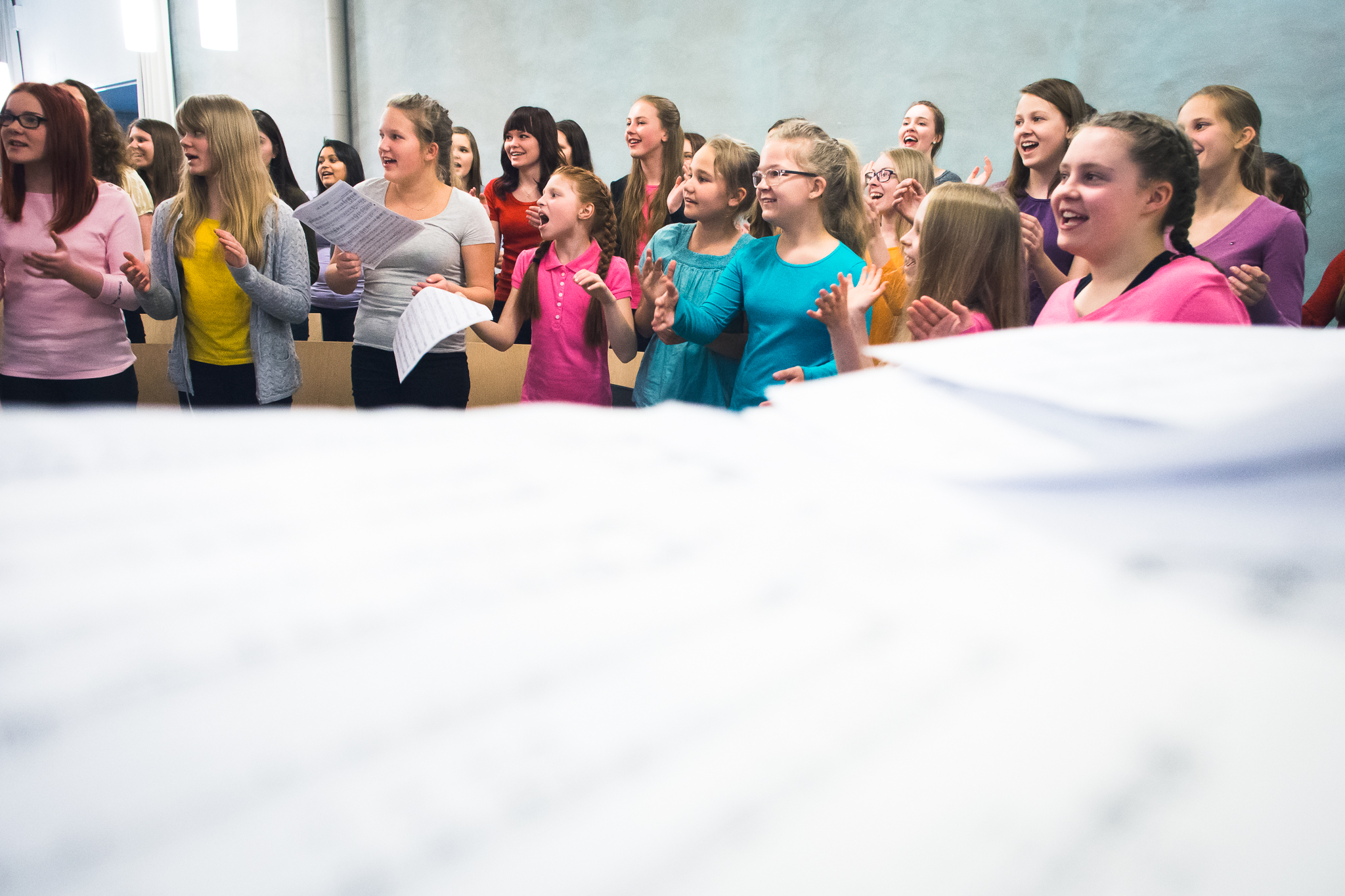