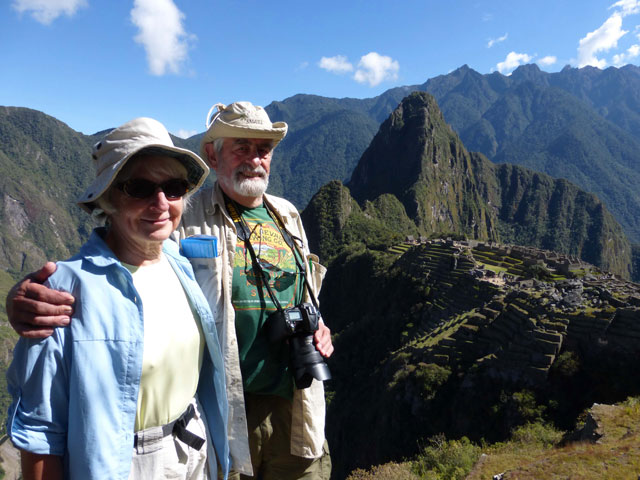 Nancy and Nik Epanchin will share tales and photos of their most recent South American adventure. Nancy and Nik are seasoned travelers. Nik has worked and traveled in over 70 countries and Nancy is not far behind. They have lived in France, South Africa, Gabon, Brazil and Argentina.

This adventure began in Cuzco, Peru, where at 11,200 feet they acclimatized to the altitude. After several days, a predawn departure brought them to Piscacucho where at 8,440 feet they, their guide and an entourage of porters, began their hike on the Inca Trail. Four days later (the highest point crossed was Dead Woman’s Pass at 13.800 feet) they passed through the Sun Gate, entrance to the world-renowned Inca site known as Machu Picchu, now a world heritage site.

Next they traveled to Quito, Ecuador, where they joined 13 other travelers, a guide and a naturalist, and then flew to the Galápagos. In Baltra, they boarded a 16-passenger ship, the Tip Top IV, and spent fifteen days sailing among and visiting 14 of the Galápagos Islands. Their days were spent hiking among giant tortoises, blue- and red­-footed boobies, frigate birds and land and marine iguanas, snorkeling with sea lions, marine iguanas and sea turtles and viewing geological formations, wildlife and mangroves from pangas (a type of small boat). 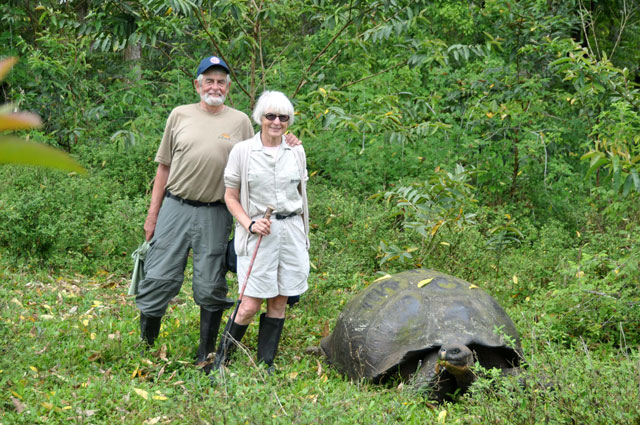 Nik is known for the photography and formatting of Merita Whately’s recent book, Point Arena Lighthouse. His photographs have also been published in the Mendocino Travelers Guide, The Mendocino Historical Journal and Concrete Construction, a trade journal. They have been used in geology textbooks and in an Oregon PBS television show. His photos are also on post cards available at the Point Arena Lighthouse.

In addition to the formal presentation there will be time for audience questions. After a summer hiatus, the 2015 lecture series will resume on September 24 with a talk by Sara Grimes about rescuing marine mammals. 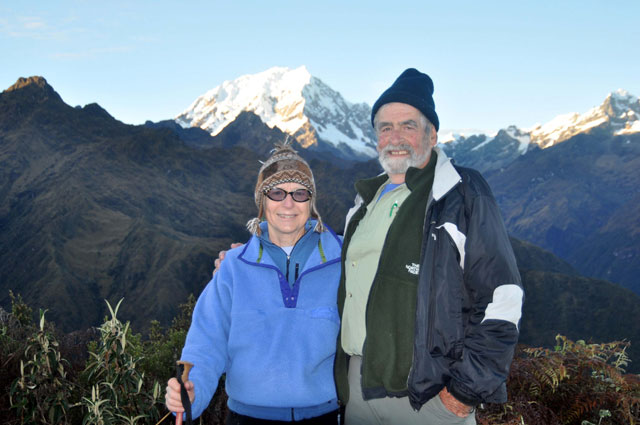