Join us for this special chance to see underwater video from ten seasons of diving under the Ross Sea ice near Antarctica’s McMurdo Station, presented by videographer Henry Kaiser on Thursday, January 29, 2015, at Gualala Arts Center. 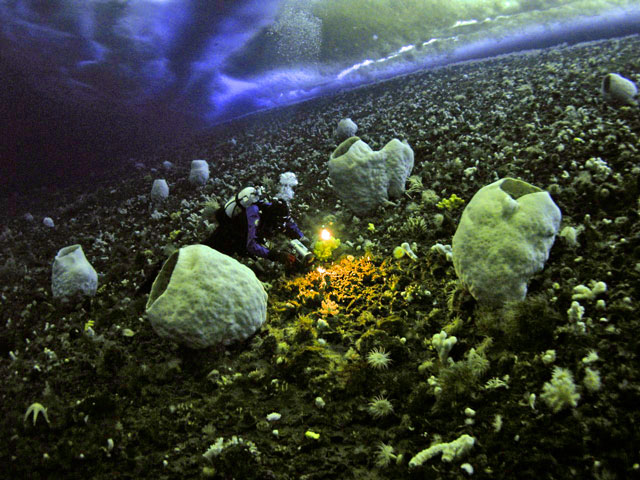 Henry’s program a year ago was so popular that we have asked him back for an enore presentation. This time he will present different material than last year; digging back into some of his older and nearly forgotten footage from his archives, with a program put together exclusively for Gualala Arts.

This incredible footage will be accompanied by live electric guitar played by Henry Kaiser & Chris Muir. Chris Muir is Henry’s longest time music collaborator, they have been working together for almost 40 years, with groupings like Yo Miles! and Zen Disaster. They promise both: transcendental images and sounds. 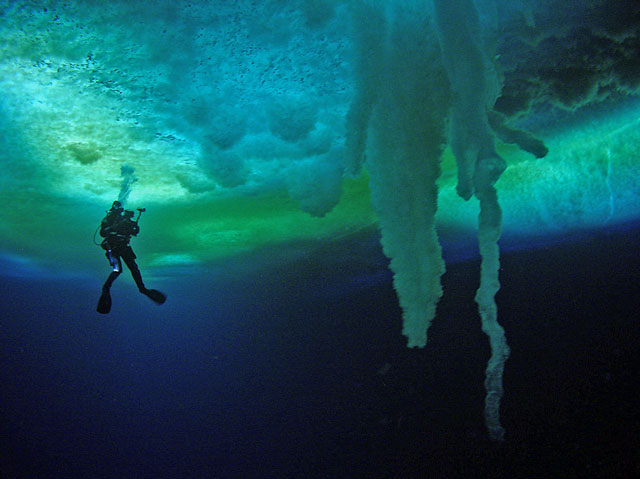 Henry Kaiser is a scientific diver in the US Antarctic Program. 2012 marked his tenth deployment beneath the twenty-foot-thick ice of the Ross Sea. Previously, Kaiser taught underwater research at UC Berkeley for 17 years, where he was an early pioneer in the use of underwater video for scientific research and diver training.

Kaiser has more Antarctic under-the-ice footage in films and TV shows than any other underwater cameraman. With ten scientific diving deployments to Antarctica, he also likely has more dives under fast ice than any other professional videographer.

For a sneak preview, watch this video:

Kaiser is also a well known experimental guitarist, and has appeared on more than 250 albums since the late ’70s. 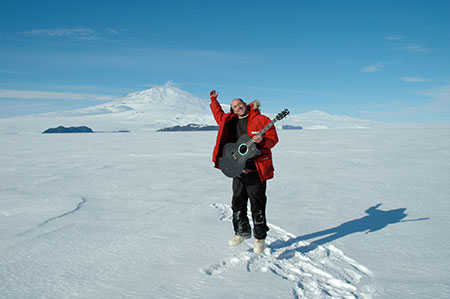 Grammy winner Henry Kaiser is widely recognized as one of the most creative and innovative guitarists, improvisers, and producers in the fields of rock, jazz, world, and contemporary experimental musics. The California-based musician is one of the most extensively recorded as well, having appeared on more than 250 different albums and contributed to countless television and film soundtracks.

A restless collaborator who constantly seeks the most diverse and personally challenging contexts for his music, Mr. Kaiser not only produces and contributes to a staggering number of recorded projects, he performs frequently throughout the USA, Canada, Europe and Japan, with several regular groupings as well as solo guitar concerts and concerts of freely improvised music with a host of diverse instrumentalists. Mr. Kaiser was, perhaps, the first recording artist to employ digital looping, on his 1978 albums ALOHA and OUTSIDE PLEASURE.

Kaiser has had a parallel career in the film and television industry for over 35 years, working as a producer, director and soundtrack composer. He directed and produced many hours of science television programming. He received an Academy Award nomination for his work as the producer for Werner Herzog’s Encounters at the End of the World, he was also the underwater camera and soundtrack composer for that film. Kaiser worked on 3 other Herzog films: The Wild Blue Yonder, Grizzly Man and Little Dieter Needs to Fly.

Henry Kaiser performed at the Gualala Arts Center in October, 2012, in an Evening of Improvisational Music with Bob Bralove and Hank Putek. 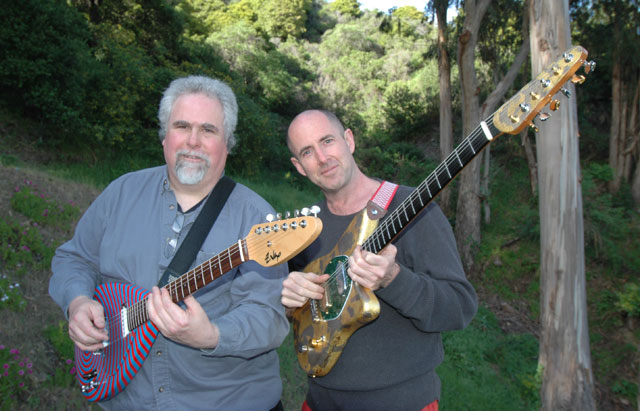 Chris Muir has been embroiled in music and computers for over forty years. He has been heavily involved in creating interactive music environments for much of that time. An accomplished musician and composer, he has been involved with many projects, in many genres. Current work include projects with “Yo Miles!,” “Lunar Asylum” and “Zen Disaster.” In addition to his musical endeavors, he is required to propel balls for his dogs, and he enjoys referring to himself in the third person. 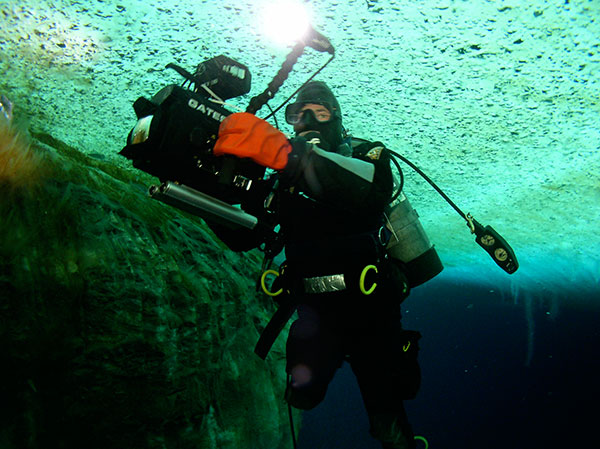