Known for its elegant performances, the Cypress String Quartet (Cecily Ward, violin; Tom Stone, violin; Ethan Filner, viola; and Jennifer Kloetzel, cello) has been praised by Gramophone for its “artistry of uncommon insight and cohesion,” and its sound has been called “beautifully proportioned and powerful” by The Washington Post. 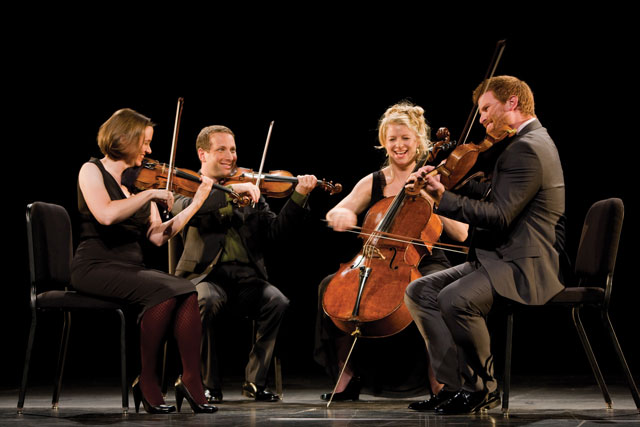 The Cypress Quartet was formed in San Francisco in 1996, and during its initial rehearsals the group created a signature sound through intense readings of J.S. Bach’s Chorales. The Cypress continues to maintain a busy national and international tour schedule, making appearances on concert series and in venues including Cal Performances, Kennedy Center, Library of Congress, Stanford Lively Arts, Krannert Center, Ravinia Festival, and the 92nd Street Y’s series at SubCulture in downtown New York.

Their collaborators include artists such as Leon Fleisher, Jon Nakamatsu, Awadagin Pratt, Gary Hoffman, Atar Arad, James Dunham and Zuill Bailey. The Cypress String Quartet has added several new recordings to its extensive discography in recent years, including the complete three-CD set of Beethoven’s Late Quartets in March of 2012 and an all-Dvořák disc on the AVIE label in February of 2013. 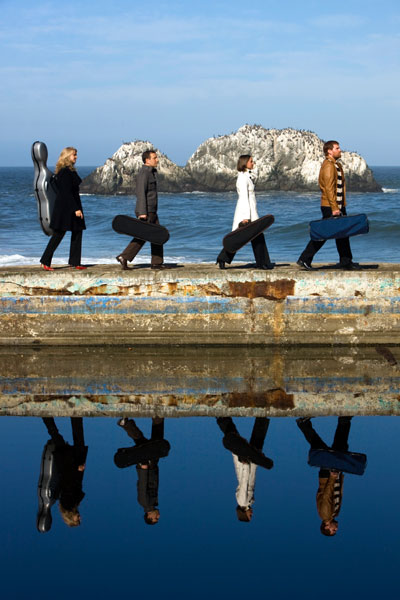 In May 2014, the Cypress released a recording of Schubert’s String Quintet D956 with cellist Gary Hoffman paired with Schubert’s Quartettsatz D703, also on AVIE. The New York Times called the album a “tender, deeply expressive interpretation.”

Through its signature Call & Response program the Cypress Quartet commissions and premieres new string quartets from both emerging and celebrated composers, asking them to write in response to established chamber repertoire. To date, the Cypress Quartet has commissioned and premiered over 30 pieces, four of which were chosen for Chamber Music America’s list of “101 Great American Ensemble Works.”

A vibrant member of the San Francisco arts community, the Cypress Quartet dedicates itself to reflecting and enriching the city’s cultural landscape through collaborations with the de Young Museum, San Francisco Girls Chorus, and ODC-Dance. As part of its efforts to support and promote Bay Area arts and music, the CSQ self-curates a Salon Series held in intimate, exquisite spaces in Berkeley, San Francisco and Palo Alto.

The Cypress Quartet members received degrees from many of the world’s finest conservatories before coming together as a quartet. These include The Juilliard School, Guildhall School of Music & Drama and the Royal College of Music (London), The Cleveland Institute of Music, the San Francisco Conservatory of Music and Indiana University. After a residency at the Banff Centre and a fellowship at the Center for Advanced Quartet Studies of the Aspen Music Festival, the Quartet coached intensively in London with the Amadeus Quartet.

The members of the Cypress Quartet play exceptional instruments including violins by Antonio Stradivari (1681) and Carlos Bergonzi (1733), a viola by Vittorio Bellarosa (1947), and a cello by Hieronymus Amati II (1701). The Cypress Quartet takes its name from the set of twelve love songs for string quartet, Cypresses, by Antonin Dvořák. 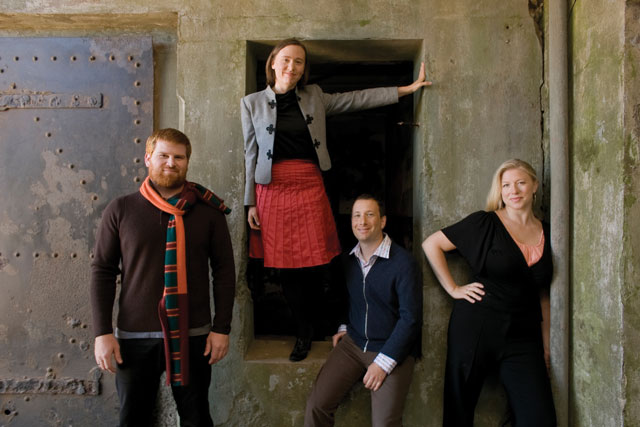